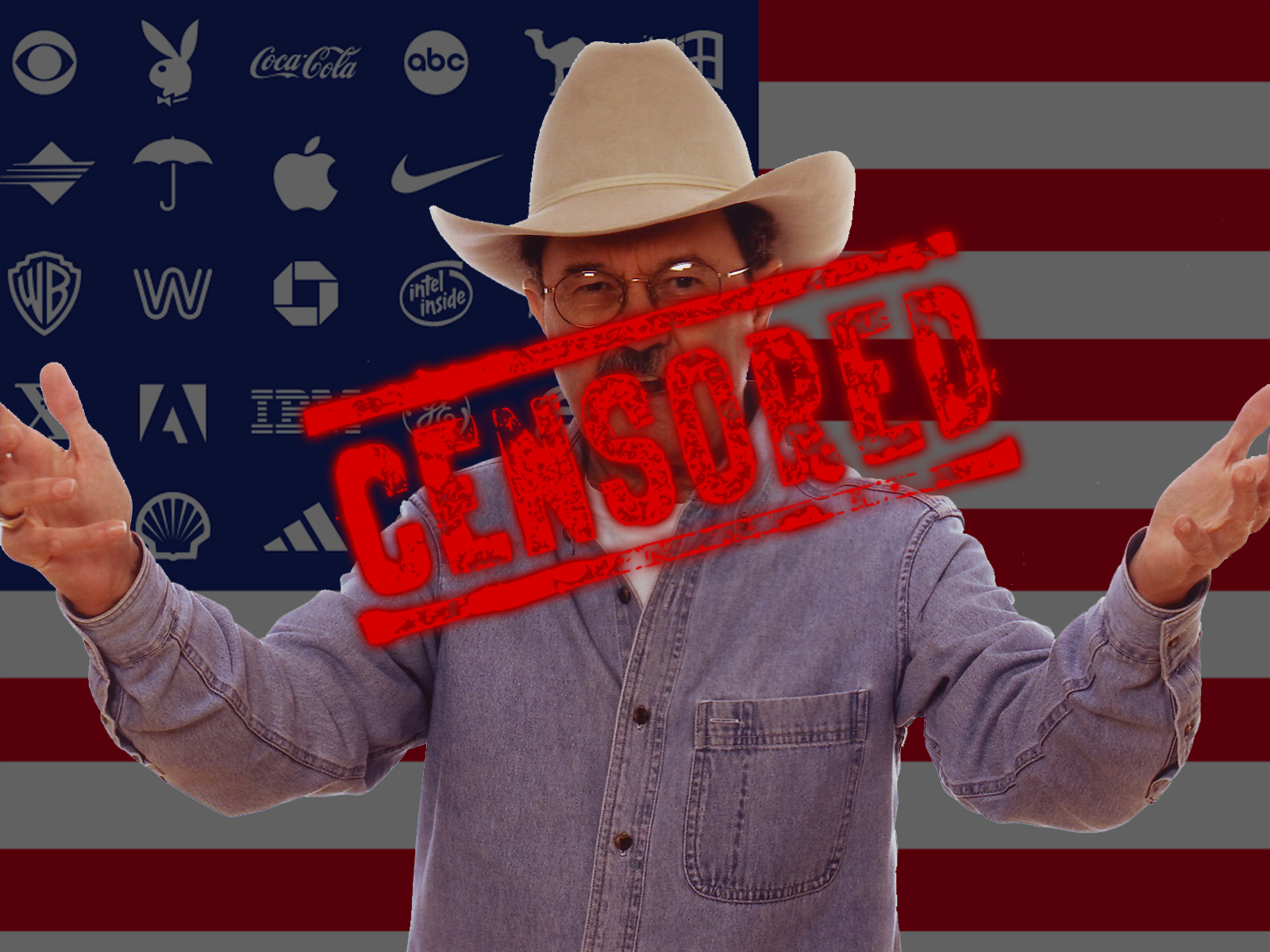 Editors’ note: The following is the column that was rejected by the Creators Syndicate, who feared reprisal from the corporations mentioned in the article. Read more about the controversy at the Austin Chronicle; for more information, contact Deanna Zandt, deanna@jimhightower.com.

A two-panel cartoon I recently saw showed a character with a sign saying: “First they came for the reporters.” In the next panel, his sign says: “We don’t know what happened after that.”

It was, of course, a retort to Donald Trump’s ignorant campaign to demonize the news media as “ the enemy of the people.” But when it comes to America’s once-proud newspapers, their worst enemy is not Trump – nor is it the rising cost of newsprint or the “free” digital news on websites. Rather, the demise of the real news reporting by our city and regional papers is a product of their profiteering owners. Not the families and companies that built and nurtured true journalism, but the new breed of fast-buck hucksters who’ve scooped up hundreds of America’s newspapers from the bargain bins of media sell-offs.

The buyers are hedge-fund scavengers with names like Digital First and GateHouse. They know nothing about journalism and care less, for they’re ruthless Wall Street profiteers out to grab big bucks fast by slashing the journalistic and production staffs of each paper, voiding all employee benefits (from pensions to free coffee in the breakroom), shriveling the paper’s size and news content, selling the presses and other assets, tripling the price of their inferior product – then declaring bankruptcy, shutting down the paper, and auctioning off the bones before moving on to plunder another town’s paper.

By 2014, America’s two largest media chains were not venerable publishers who believe that a newspaper’s mission includes a commitment to truth and a civic responsibility, but GateHouse and Digital First, whose managers believe that good journalism is measured by the personal profit they can squeeze from it. As revealed last year in an American Prospect article, GateHouse executives had demanded that its papers cut $27 million from their operating expenses. Thousands of newspaper employees suffered that $27 million cut in large part because one employee – the hedge fund’s CEO – had extracted $54 million in personal pay from the conglomerate, including an $11 million bonus.

To these absentee owners and operators, our newspapers are just mines, entitling them to extract enormous financial wealth and social well-being from our communities.

The core idea of the “civic commons” is that we are a self-governing people, capable of creating and sustaining a society based on common good.

But achieving it requires a basic level of community-wide communication – a reliable resource that digs out and shares truths so people know enough about what’s going on to be self-governing. This is the role Americans have long expected their local and regional newspapers to play – papers that are not merely in our communities, but of, by, and for them.

Of course, being profit-seeking entities, that are usually enmeshed in the local moneyed establishment, papers have commonly (and often infamously) fallen far short of their noble democratic purpose. Overall, though, a town’s daily (or, better yet, two or more dailies) makes for a more robust civic life by devoting journalistic resources to truth telling.

But local ownership matters, as some 1,500 of our towns have learned after Wall Street’s corporate demigods of greed have swept in without warning to seize their paper, gut its journalistic mission, and devour its assets. For example, Digital Media, a huge private-equity profiteer, snatched the St. Paul Pioneer Press and, demanding a ridiculous 25 percent profit margin from its purchase, stripped the newsroom staff from a high of 225 journalists to 25!

As Robert Kuttner reported, these tyrannical private equity firms are paper constructs that produce nothing but profits for faraway speculators. He notes that the blandly-named entities only exist “thanks to three loopholes in the law” – the first lets them operate in the dark, the second provides an unlimited tax deduction for the massive amounts of money they borrow to buy up newspapers, and the third allows them to profit by intentionally bankrupting the paper they take over.

Our right to a free press is meaningless if Wall Street thieves destroy our communities’ presses. The good news is that many enterprising people are devising ways to rescue their newspapers. For more information, go to dfmworkers.org.