Bush II brought to you by…

The Capitol City is swarming this month with party-hopping Republicans celebrating the inauguration of their boy Bush—but the most joyous inaugural party of all is one that the media will not cover or even mention. It’s being held in all of the private suites along Washington’s K-Street corridor, where the corporate lobbyists hang their hats. These tassled-toed, cuff-linked celebrants are ecstatic, for Bush literally is their boy, bought and paid for, and they’re planning to party not just for one night, but for the next four years.

The pundits insist that George won in November because of his “moral values,” or because he was “the war president,” or because he was “a likable guy.” But what really brought Bush to the White House is the same thing that has brought him everything in life: Rich people’s money, specifically corporate funds. While some worry that George will now push a Jerry-Falwellian, ultra-right cultural agenda, by far the greatest damage will be done by his wholehearted embrace of the full wish list presented to him by K-Streeters.

Bush Cheney & Company is the most corporate presidency in nearly a century, rivaled only by the corrupt administrations of McKinley and Harding. If George and Dick were honest about it, they would sew the logos of their corporate sponsors all over their clothing, like pro golfers and NASCAR drivers do.

But, of course, they’re not honest, so most Americans are unaware that many of the brand names that they buy are behind Bush. Top executives of these companies rake in your consumer dollars, then donate a portion of them to the GOP to produce a White House and Congress that will rig the rules to let their corporations gut you.

Maybe you’d prefer not to do business with brand-name outfits that so greedily work against your interest and values—or at least you might like to know who they are.

To help, here’s a Lowdowner’s “Shopping Guide” of brands that are big-time funders of Bush and the current Republican Congress. To help cull the list down to a manageable size, we’ve included only those corporations that put up at least $75,000 in the ’04 presidential and congressional elections, with at least two thirds of their money going to Republicans. We offer it in a handy clip-and-carry format so you can whip it out whenever you’re making a shopping decision.

None of this is charitable giving. The corporate honchos, of course, recite the same old boilerplate response when asked about the mighty sums of money they’re shoveling into the GOP White House and Congress: “I can assure you that GreatBigMegaCorp Incorporated is simply interested in good government, and we’re delighted to be able to contribute what we can toward that noble goal.”

Horsehooey. You don’t need an IQ higher than today’s humidity to know that they define “good government” as the corporate agenda they attach to their checks. The top items: turn America’s Social Security fund over to the stock brokers; let oil, mining, and timber giants plunder our natural resources; protect our drug companies from consumers seeking cheaper prescription medicines from abroad; hold down the minimum wage; promote more job-busting trade scams and do all possible to break the backs of unions; allow the media giants to get tighter control of our public airwaves; etc., etc., etc.

As you see each of these policies coming out of our governmental machinery in the next weeks, months, and years, you can track its source not by looking at the name of the congressional sponsor or of the regulator announcing it but by following the money. 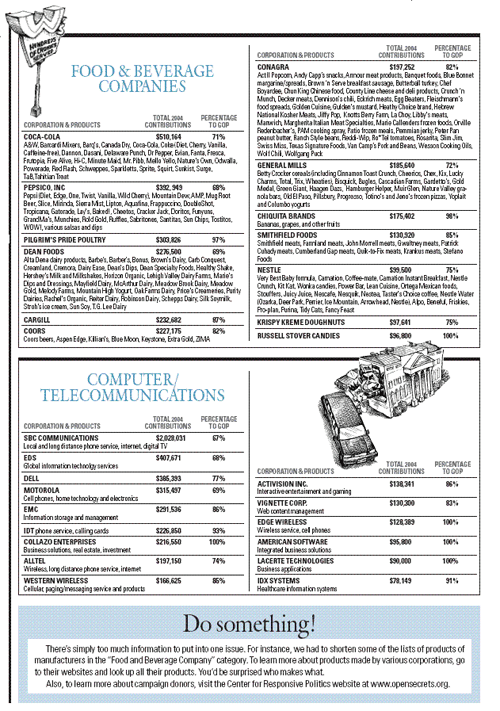 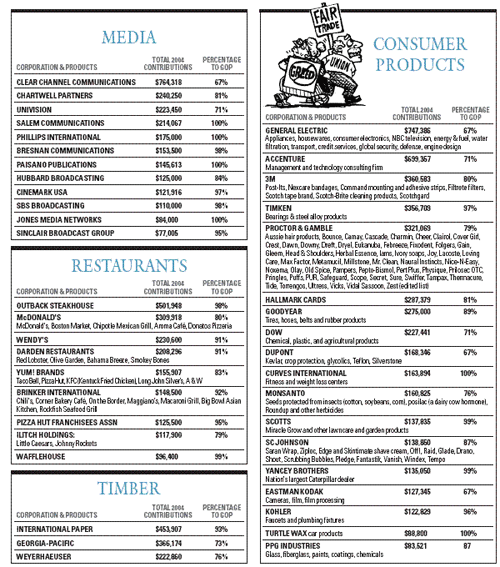 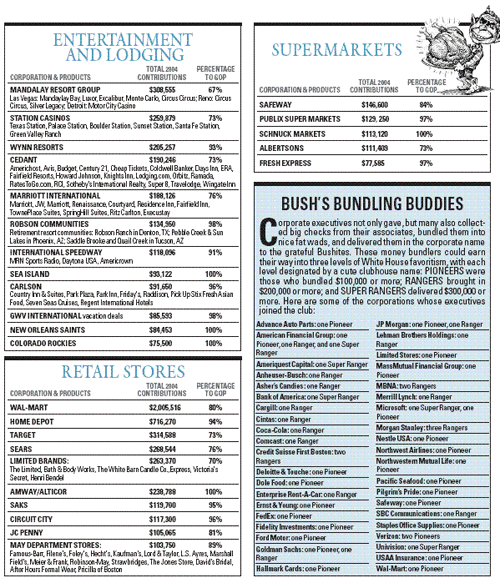 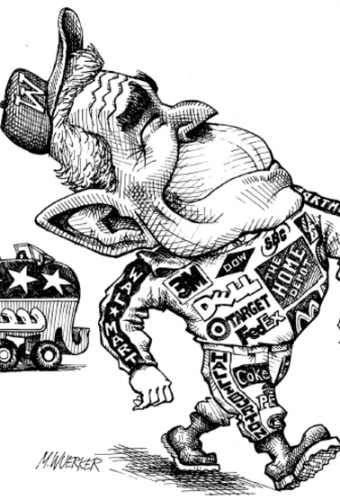