Do the three hop

To see how easy it is for millions of innocent citizens to get caught up in NSA’s vast electronic web, consider the “Three HOP Analysis.” It’s a dance of search-and-seizure that begins with NSA’s know-all metadata computers spewing out all the phone numbers that a suspect has called during, say, the last three years, plus the phone numbers of people who called the suspect. Then comes Hop One: Agents take the suspect’s call list and spin out every one of the calls to and from each of those phones. Hop Two: They grab each of the thousands of phone numbers generated by this level-two list and twirl out all of the calls to and from those people. Hop Three: They snatch the numbers from this third-level list and whirl out all of the phone calls made to and from them. Thus, from one lone suspect, they’ve been able to hop-hop-hop through the personal records of roughly 2,500,000 Americans who are not even suspects. 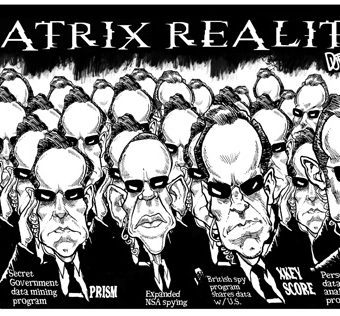