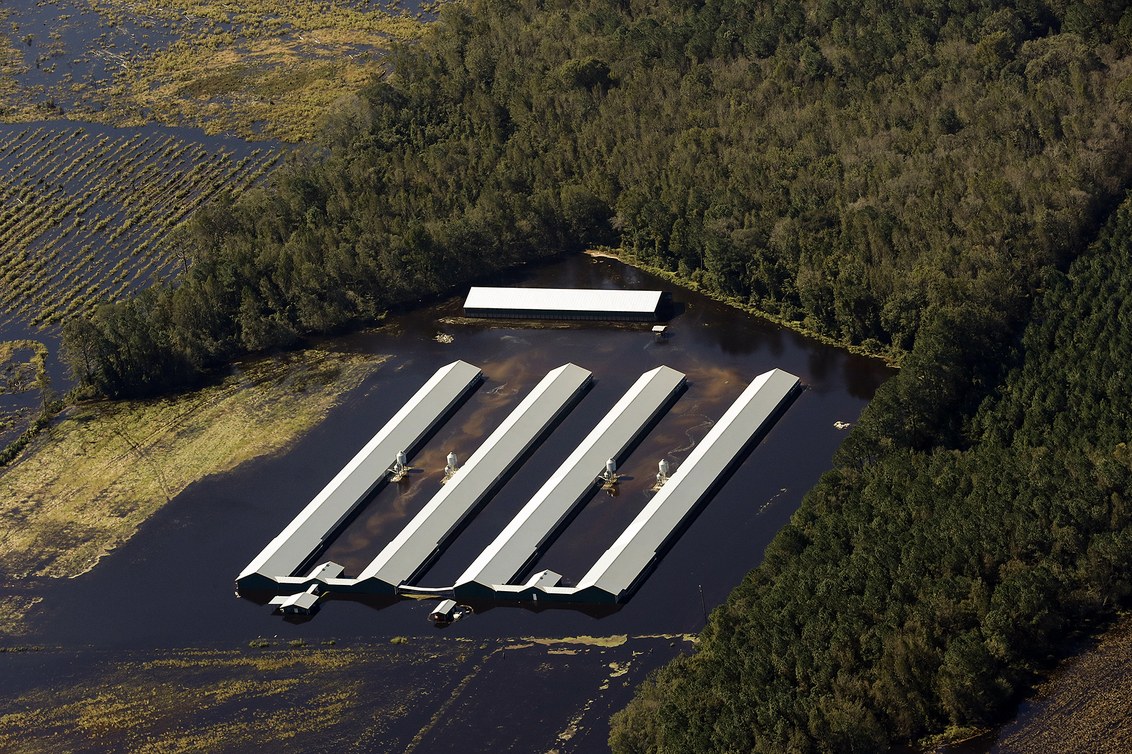 HURRICANE MATTHEW POUNDED the Atlantic coast last October, but inland North Carolina, 100 miles from the coast, suffered the storm’s gravest punch: a flood affecting six counties. It’s been little reported, but the people in these rural counties are experiencing a continuing horror in the wake of Matthew, including epic pollution of their water and land, plus a widespread threat of disease caused by the flooding of the area’s massive factory farms. Thousands of bloated carcasses of drowned and decaying hogs and millions of dead chickens and turkeys have been tallied, and the flood breached at least 15 enormous waste lagoons at the hog factories, spreading an incalculable amount of Pepto-pink, untreated hog excrement (which can contain E.coli and other potentially deadly bacteria) across the land and into North Carolina’s water systems.

Floods happen, but this was no natural disaster. It was human-made in the state capitol by North Carolina’s Republican super-majority of Koch Kultists whose antigovernment ideology puts corporate profits over public safety. No state government has been as willing as this one to roll over for industrial agribusiness, cavalierly allowing the saturation of the countryside with thousands of these poorly regulated factories. The small town of Goldsboro, NC, for example, is surrounded by some 300 hog factories, 600 chicken complexes, and 229 waste lagoons–all are essentially allowed to “regulate” themselves. This was a disaster waiting to happen–and it did.

The Sierra Club reports that even China’s regulation of hog factories is “more robust” than North Carolina’s. Such lax oversite is one reason Beijing began outsourcing its pork production to the Tar Heel State, a move that accelerated when the Chinese conglomerate, WH Group, bought Smithfield Foods and made itself the world’s largest pork producer. What we have here is a perfect storm of: (1) disease-ridden, industrial agriculture; (2) absentee, don’t give-a-damn corporate ownership; and (3) a corporate-hugging, laissez-fairy dust theory of government’s oversight responsibility. 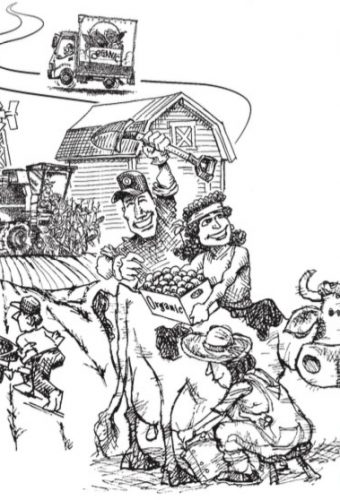