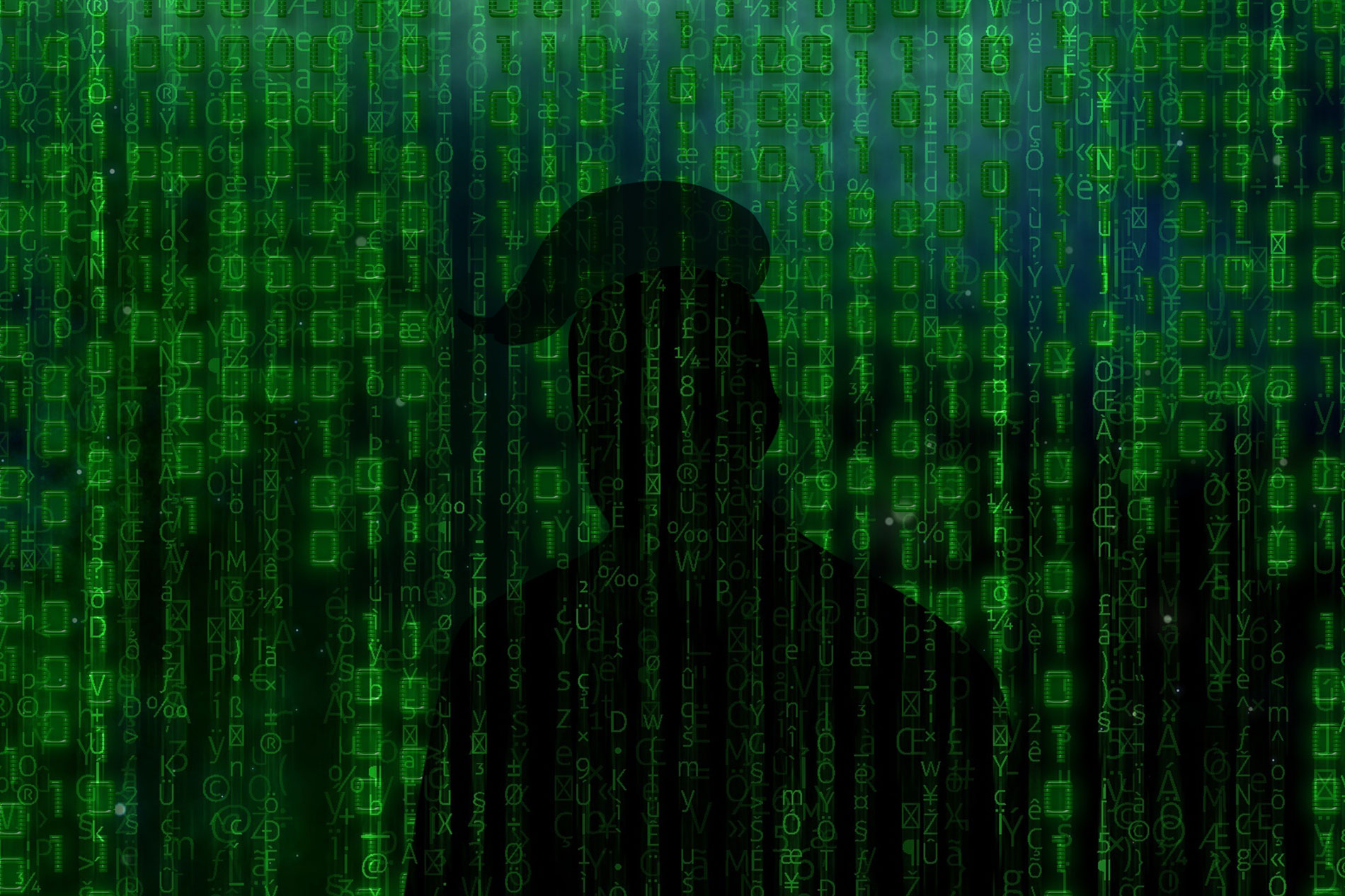 “A system set up to benefit multinational corporations… won’t be fixed without protecting [the people’s] rights to fight back against corporate greed.” —Dan Mauer, Communications Workers of America

In a very weird twist in his chaotic 2016 presidential campaign, Candidate Trump started sounding like a genuine, workaday populist, fuming at his rallies about the devastating effects of Nafta and other international trade deals, and how they’ve shafted America’s blue-collar workers. He was right, and The Donald promised his mad-as-hell working class he would not stand for it. Of course, the pampered son of privilege never meant it. And, sure enough, as president, Trump promptly sold out workaday Americans to his real base: The global corporate elite.

He’s now delivered to Congress his New! Improved! Nafta! It is a piece of Trumpscam that he rebranded–Ta-dah!–the United States Mexico Canada Agreement (USMCA). This issue of The Lowdown is sounding the alarm about the extraordinary level of corporate avarice and malevolence that is baked into it. We’re urging all Lowdowners to pay attention, spread the alarm, and act while there is still time to fix it–possibly turning Trump’s raw deal into a good deal.

“Keep your eye on the ball” is not only a core principle for baseball players, but also for us commoners trying to assess exactly what the spinmeisters of global trade are hurling at us. Their deals are and always have been large-scale hustles, filled with hypocrisy, deceit, and greed. Promoted as fair and good for all, they’re invariably rigged with profiteering schemes that lock into law advantages for corporations over the common good of consumers, the environment, labor, independent businesses, governments, and all other democratic forces.

Further, they are works of deliberate deception, drafted in strict secrecy and couched in page after page of arcane legalese that intentionally obscures the corporate thievery so We the People don’t know that we’ve been had until it’s too late. Nafta–the 1993 US-Mexico-Canada deal that corporate-Democrat Bill Clinton hung around our necks–set up a larcenous model that global trade elites eagerly expanded in the 1995 World Trade Organization agreement, their proposed 2016 Trans-Pacific Partnership, and other pacts. In each scheme, they hide the ball to keep you, me, and even Congress from seeing specifically who’ll profit and who’ll pay. So, heads up, for here comes another sucker pitch.

“A historic transaction,” Trump grandiloquently hailed his Afta-Nafta handiwork in an April tweet, lauding the 1,809-page USMCA document as “the most important trade deal we’ve ever made by far.” Never mind details and implications (Trump doesn’t read documents or sit still for policy briefings), the talking points he was given included the phrases he wanted to hear. So, backed by a coalition of some 200 corporate and Wall Street powerhouses, Trump demanded that Congress quickly ratify USMCA “so we can bring back our manufacturing jobs in even greater numbers, expanding American agriculture, protecting intellectual property.” His Fox News fawners immediately lauded this re-do as the Swiss Army knife of trade fixes: “Once again,” swooned Fox personality Laura Ingraham, “Trump delivers.”

A history lesson with Hightower

Pirates? Well, what else to call a country that makes such robbery core to its economic development strategy? [WARNING: Inconvenient historical truth dead ahead.] You could call it the United States of America. [read on]

If you wonder what the corporate concept of “intellectual property” means in real life, just look how drug companies gouge you on prescription prices. Their lobbyists rig the law with monopoly provisions that shut out generic competitors, essentially ensuring that their corporate property rights trump your human right to affordable medicine. Trump’s deal doubles down on this immoral rip-off. If the USMCA passes as currently drafted, it would require the governments of the US, Mexico, and Canada to guarantee, and even extend, Big Pharma’s monopoly price-setting power. Specifically, the sneaky deal gives drugmakers 10 years exclusive marketing for critical “biologic” meds that millions of people need–in addition to the 20-year monopoly that US patent laws already grant. The upshot: Trump’s deal would prevent generic competitors from offering cheaper versions for an extra decade while also shackling Canadians and Mexicans to the pricing racket Pharma already runs in the US. It makes a mockery of Trump’s promise to lower medicine prices and his carney-barker bellowing that “this great document … will be fantastic for all.”

US politicos have coddled no industry as much as the hulking giants of global oil–and yet Trump’s neo-Nafta proposal dials up the pampering. For example, although USMCA largely eliminates the anti-democratic and unjust system of dispute-deciding, corporate-run “courts,” seven oil behemoths (including Shell, ExxonMobil, and Chevron) would retain their Nafta-granted access to these odious tribunals. One particular concern is that the giants will use these kangaroo courts to block Mexican efforts to strengthen environment and health protections and address climate change (a phenomenon the entire USMCA avoids mentioning, much less mitigating).

As that silver-tongued orator George W. Bush once said: “Fool me once, shame on— shame on you. Fool me—you can’t get fooled again.” Wise words, indeed, especially when hearing another presidential sales pitch for a trade scam. [read on]

Then there’s a bait-and-switch proviso that benefits corporate exploiters of Mexico’s workers. The bait: USMCA would finally outlaw Mexico’s notorious company- run “unions” that allow workers no control or even participation. Yes, outlawing wage-suppressing “protection contracts” is good! But now, the switch: While the deal prohibits these fraudulent labor units, it provides no way to monitor, much less enforce, corporate compliance.

The original Nafta included a literal gag rule. Championed by US-based multinational meatpackers, it allowed cheaply produced Mexican beef and other meat to be sold in the US–even if it doesn’t meet our food safety standards. Aside from the obvious yuck and health factors, this legalized laxity has been a major incentive for huge beef processers like Tyson Foods to go south, abandoning US farmers, ranchers, and meat-processing workers. Trump’s “fantastic” re-do of Nafta keeps this rule prohibiting our supposedly sovereign government from setting our own health standards for meat sold to our consumers.

Those of us who care about people and the planet—but don’t have the time or training to slog through 1,000-page documents of dense legalese—are supremely fortunate that Public Citizen’s Global Trade Watch is here to help decode the terms of international trade deals. For decades now, GTW Director Lori Wallach and her team of indefatigable diggers have been leading the fight to understand and fix corporate-rigged trade agreements. Their sights are fixed now on fixing the USMCA. And that’s where we come in!

Go to citizen.org/topic/globalization-trade to learn more—and then educate your congress critter about the importance of blocking Trump’s Afta-Nafta deal until it’s reworked into an agreement that works for regular folks and the environment. We can do this!

Trump was right to describe USMCA as “incredible” –assuming he meant that his dazzling claims have no credibility. In fact, his own government’s International Trade Commission (a notorious cheerleader for trade scams that routinely issues absurdly rosy–and wrong–predictions for “free-trade” pacts) reported in April that the USMCA’s economic impact is, at best, embarrassingly tiny. Jobs? ITC says that over six years, USMCA might add 176,000 US jobs–about what our present economy creates in a slow month. And even that ho-hum projection was based on methodological monkey business. Using standard methodology, the Commission found that USMCA would be a net job killer, would slow US economic growth, and would likely increase our country’s Nafta trade deficit (the value of stuff we buy from Mexico and Canada versus what we sell them).

Hmmm … not so fast. Even with all the uglies and absurdities in USMCA, progressive strategists see enough pretties and potential for fixes that it could become one of the only positives to emerge from Trump Hell. As Lori Wallach, head of Public Citizen’s savvy band of trade jujitsu artists puts it, “Improbably, things are going quite well.” Prettiest of all is USMCA’s whacking down of Nafta’s most repugnant component: “Investor State Dispute Settlement” tribunals. These autocratic, plutocratic, corporate-controlled “courts” empower multinational corporations to obtain unlimited taxpayer dollars through specious lawsuits claiming that their special Nafta privileges are restricted by the people’s democratically enacted laws–laws intended to protect consumers, workers, the environment, and other social/economic interests. The ISDS provision is an anti-democratic abomination, and gutting it would truly be a huge step forward–one worth taking while we can.

A bequest request: If you’re at a stage when you’re thinking about such things, please consider including The Hightower Lowdown in your will. Lowdowners have been helping Hightower agitate for change for two decades now—and departing this mortal coil is no reason to stop! Find out more at hightowerlowdown.org/bequests.

Further, if we can strengthen USMCA’s labor and environmental standards–and make them strictly enforceable–they might counter corporate America’s race-to-the-bottom outsourcing that converts middle-class US jobs into Mexican sweatshop servitude. And, of course, the absurd goodies for Big Pharma must be removed. But the fight, then, is not simply to reject USMCA, but instead to expose its flaws, democratize it, and force improvements. That’s not easy, but it’s doable because of two major factors:

First, Trump’s deal isn’t about abstract, unfathomably wonky trade rules; it’s about who controls the price of your meds and whether your plate of fried chicken is tainted. More fundamentally, it’s about backroom deceit by corporate elites hoping to ram through another deal that will kill US jobs and wages while lying to workers that the deal is for them. Even Trump’s 2016 voters are appalled when shown that the renegotiated agreement does not fix the corporate rip-offs in the original Nafta–and they certainly do not agree that gougers, polluters, and monopolists should get the added punch that Trump’s deal awards them. A spring poll found that some 70% of registered voters want USMCA’s various corporate gimmies X-ed out–or the whole damned mess just killed.

Second, political prospects for altering this raw deal have been brightened by the Democrats’ control of the US House, the ascendancy of progressive Dems in Congress, and rising opposition by the majority of Americans to government by and for corporate interests. Our best fighting chance is in the House, where Speaker Nancy Pelosi (normally a corporate-trade loyalist) is demanding that USMCA’s unholy giveaways to pharma be scrapped, and real labor and environmental standards (with tough enforcement) be added–before she’ll even allow a vote. Yes, trade fights can be complex and tedious–but pay attention to this one. The USMCA is a momentous battle that’s more about people’s democratic power than trade. It unites folks across the left-right political spectrum, it’s worth the fight, and it’s winnable–if we team up to wrangle our congress critters to oppose Trump’s corporatized version and to add essential democratizing improvements. 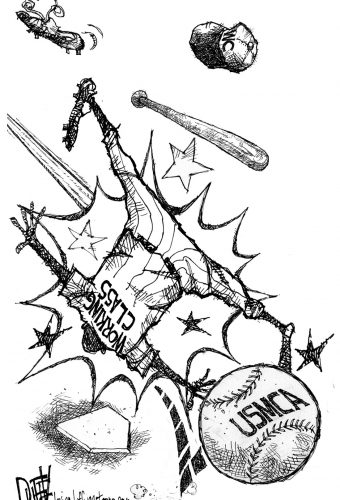