The little guys can win! 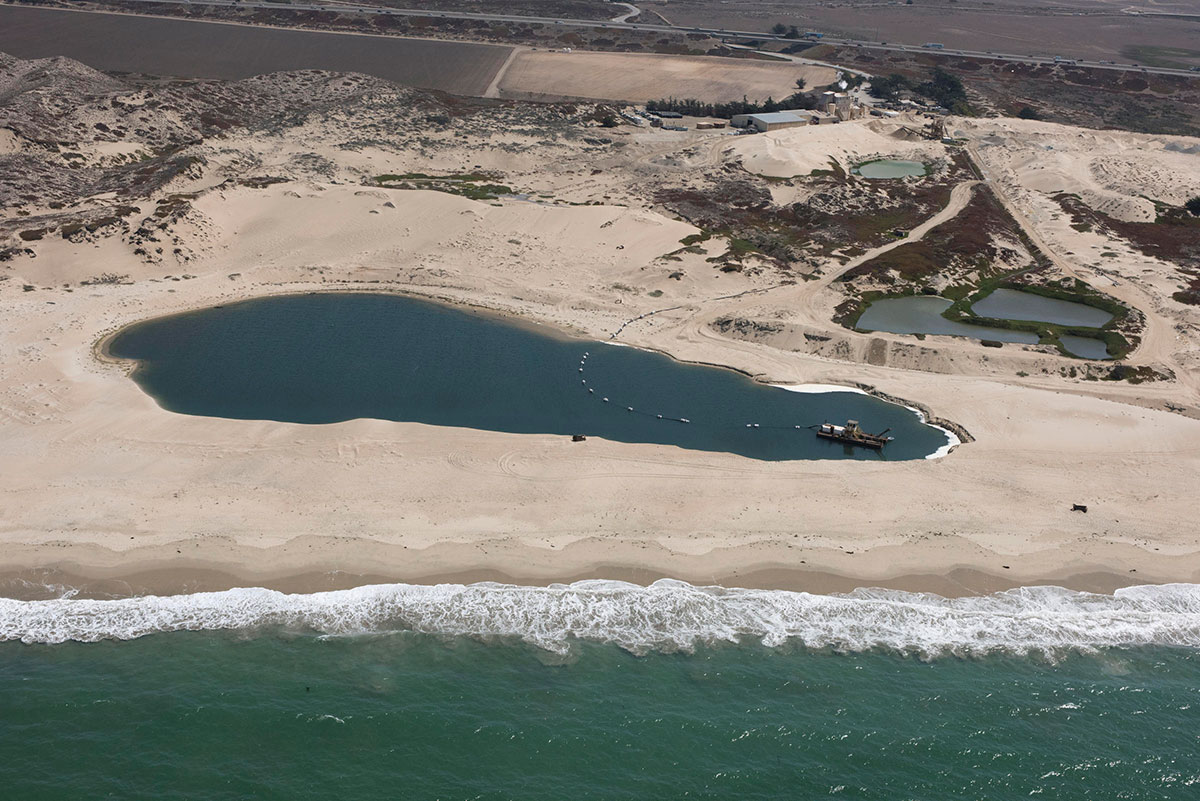 IT’S NOT WHAT TOURISTS WOULD EXPECT to see as they come over the dunes for a day of beachcombing in the spectacular beauty of California’s Monterey Bay. But there it is, squatting right on the people’s beach: a hulking steel ship, sucking up sand from an eight-acre dredge pond. Adding to the charm is a huge pipeline pumping plundered sand a quarter mile across the beach and over the dunes to a factory, where the “product” is washed, graded, dried, and loaded onto dump trucks that haul it to a bagging facility.

Yes, it’s our public sand, taken by a private corporation, then sold back to us for the corporation’s profit. A 50-pound bag of “Lapis Lustre” costs around $5, but the real price is much higher, for this industrial mining operation extracts 200,000 to 300,000 cubic yards of the public’s beach each year–the equivalent of a large dump-truck load every 20 minutes, 24 hours a day, every day. In addition to this plunder, oceanographers estimate that the corporation’s mine is also increasing the beach erosion by at least 2-4 feet a year.

Who is the beach bum behind this? Cemex, a Mexico-head-quartered sand-extraction conglomerate and cement peddler with $14 billion a year in global sales. It enjoyed a nearly 50 percent jump in its profits last year, enhanced, no doubt, by free sand. (Bonus Tidbit: Cemex’s stock price got a boost from Donald Trump’s election, largely because investors are betting it will sup.ply cement for Trump’s US-Mexico border wall!)

The Cemex plant on Monterey Bay is the last beach sand mine in the US, and it has long dodged its deserved shutdown because of a quirk in the law, some slick corporate lawyering, and regulatory timidity. In the last two years, though, citizen activism shifted into overdrive, with aggressive grassroots pressure on government officials and creative protests. One group marched with bags of Lapis Luster and ceremoniously dumped the sand right back on the beach from which Cemex seized it.

And now, finally, good news! On June 27, regulators announced a deal under which Cemex will close the mine by the end of 2020, remove all equipment from the beach, restore its 400-acre site, sell it below market price to a conservation nonprofit, and open the area to the public. As a leader of the feisty, nonprofit Surfrider Foundation said, this victory affirms that direct grassroots activ.ism works–“that the little guys, the public, can win.” 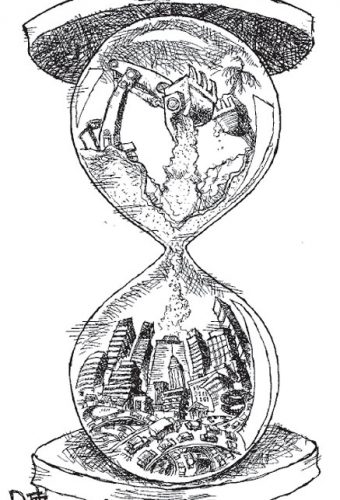