You get mixed emotions watching Barack Obama. While he clearly has progressive instincts and a phenomenal potential to be this century’s FDR, he sometimes shows up carrying the Holy Bible of Corporatized Politics-As-Usual under his arm.

Look at his flip-flop on the domestic spying bill. It gives legal immunity to the telecom giants that helped George W spy on millions of us Americans. Obama had pledged this spring to go all out to defeat this – but then caved in and supported it (in fairness, he did fight to strip telecom immunity from the larger bill, but he knew that this would be a losing effort).

This is part of the Obama package – a man who, on occasion, will try to drift from progressive positions, crafting legalistic compromises that fuzz the issue and fudge his own stand. Obama is not a pure progressive. Get used to that. If he is in the White House, progressives themselves will constantly have to challenge him, pushing him to be more FDRish, less Clintonesque.

The good news is that people are already onto this. When he reneged on his telecom pledge, the progressive netroots nation that has so strongly backed Obama exploded all over him, using his own website to rip him for breaking faith and to organize opposition to his switch. They didn’t stop him this time, but they did sting him, making clear that they felt betrayed, could not just be ignored, and are expecting better.

To achieve progressive policies, democracy demands that the people themselves be noisy, feisty, and confrontational. That was true in FDR’s time – and it’s no less true in ours. 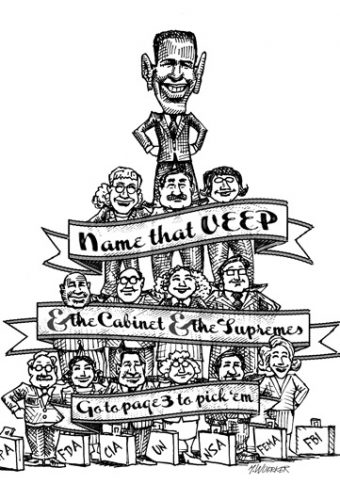