In order of the date of passage, here are the 16 states that have already petitioned Congress to let their citizens vote on a constitutional amendment to overturn the Supreme Court’s edicts:

The Let’s Be Blunt Award goes to three states for the plain-spoken language of their petitions to Congress: Montana: (“corporations are not human beings”), New Jersey (“a person means only a natural person”), and Vermont (“money is not speech and corporations are not persons”). 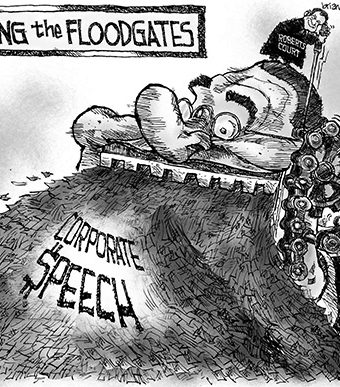