The sad death–and “second life”– of an adjunct professor

Until her death last summer, Margaret Mary Vojtkotaught French for 25 years at Duquesne University in Pittsburgh, earning high marks from her students. Like most teachers there, Margaret Mary was part of the adjunct faculty, a group that schools like Duquesne can take advantage of–and, boy, does it ever! 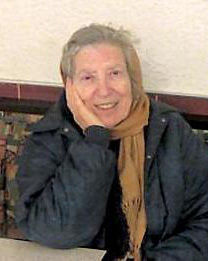 As with other adjuncts, Professor Vojtko was unsalaried. Instead of a reliable annual income, she was paid a low flat rate for each course she taught. And she was never told until just before a semester began whether she’d be teaching three classes, one–or none. Even in years with full teaching loads, her pay was below $25,000–with zero benefits.

In her last year of life, Duquesne cut her back to one class per semester, reducing her yearly income to under $10,000. Meanwhile, her cancer returned, piling huge medical bills on her back. With no savings or pension, she became a pauper, unable to pay even her electric bill in her last winter. Her stress level was off the charts, yet she never missed a day of class until last spring. That is, until Duquesne fired her.

Last August Margaret Mary was found sprawled in her front yard, victim of a massive heart attack. This proud professional educator died penniless, jobless, and literally heartbroken, thrown away by the university that had used her for 25 years.

Margaret Mary Vojtko had no fame or political clout–she was just another grossly underpaid adjunct teacher. And she would probably still be unknown outside her small circle, if it weren’t for Daniel Kovalik. A lawyer with the United Steelworkers (USW), Daniel knew Margaret Mary through his union’s drive to help adjunct teachers organize for better pay and treatment. So Kovalik wrote up her story.

Thanks to Kovalik, Margaret Mary’s story swiftly spread through the Internet, striking a chord with adjunct teachers everywhere. They can see how their own low-wage, no-benefit, no-clout status could end in the same downward spiral. So Margaret Mary lives on, energizing organizing campaigns to empower and lift up the adjunct faculty.

In a wonderful case of ironic justice, one of the strongest campaigns has been mounted by the adjuncts at Duquesne and their USW allies. The faculty has already voted to join the union, but the masters of this Catholic school are resorting to legalistic ploys to deny democratic participation by the majority of their teachers. Bizarrely, they’ve even demanded a religious exemption from labor laws, claiming that unionization would interfere with the teaching of Catholic values!

USW’s president, Leo Gerard, has appealed that claim–directly to the Pope. Meanwhile, to adjuncts everywhere, Margaret Mary has become a potent symbol of their plight and an emblem of their fight. 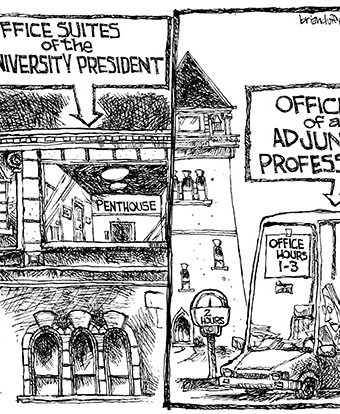