ENERGY TRANSFER PARTNERS is the lead actor in the pipeline assault on the Standing Rock Sioux Tribe, but it’s not alone. It is backed by a gang of brand-name financial powers that have provided the capital in hopes of enormous profits. Shhhh!–these financiers try to stay hidden in the shadows–but the grassroots public interest group FOOD & WATER WATCH has startled ETP’s shy money backers by turning a spotlight on them. FWW exposed 17 global banks that have put $2.5 billion directly behind the construction of the Dakota Access pipeline, including:

In addition, 21 other Wall Street profiteers have provided credit lines totaling nearly $8 billion for indirect financing of the pipeline. They include Bank of America, Barclays, Compass Bank, Goldman Sachs, JPMorgan Chase, Morgan Stanley, PNC Bank, UBS, and US Bank–each of which has committed between $225 and $350 million. 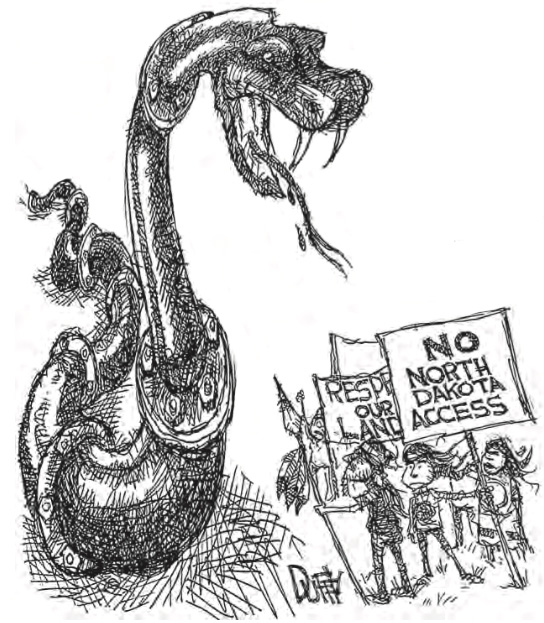