Tilting at the rat 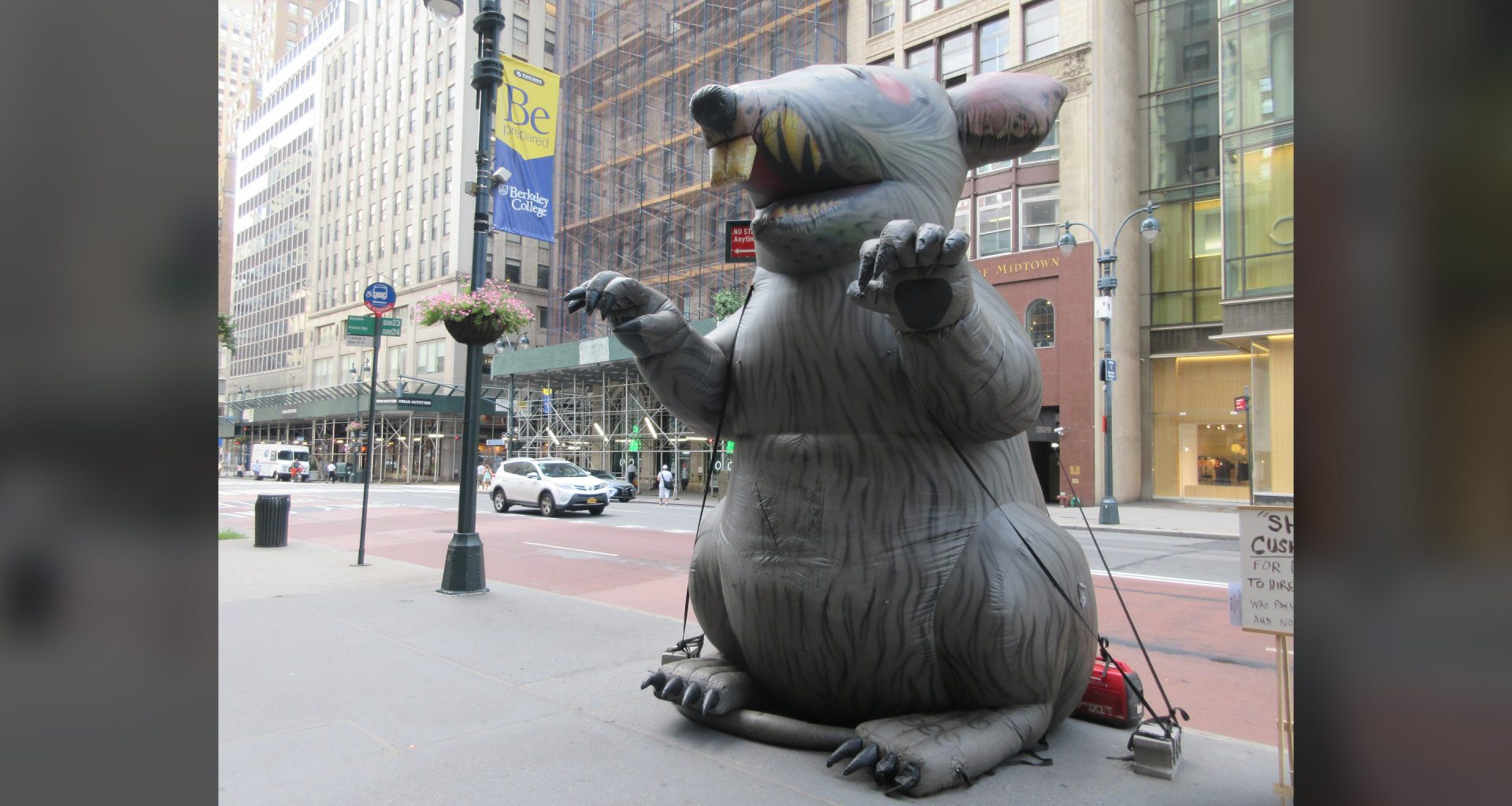 How extreme are the anti-worker Trumpeteers? So far gone that they’ve lost not only their sense of humor but their grip on political sanity. Witness their maniacal obsession with Scabby the Rat.

Scabby–a cartoonish balloon in the shape of a giant, grotesque rat–symbolizes both the greed of corporations and their use of strikebreakers (historically called scabs). Appearing in versions from 6- to 30-feet tall, Scabby has been a popular fixture on picket lines and protests since its debut at a 1989 union demonstration. The spoof has long vexed the boss class (whose children might ask why daddy is depicted as a rat), though they couldn’t do much but complain. But the litigious Trump, who has no laughter in him and would sue a ham sandwich if it offended him, wants to exterminate Scabby–and he’s working through Peter Robb, a corporate operative who’s chief lawyer of the NLRB.

Robb first tried to muscle the fervid Republican partisans on the NLRB into declaring the lampooning rat an unlawful labor practice, but even they were too embarrassed to do it. Next, Trump’s consigliere actually sought a federal court injunction to bar the blow-up rodent from a union protest, claiming it was “threatening and coercive.” But the judge essentially said: Get out of here. Get a grip. So, Scabby lives on as a pure free-speech satire, fully protected by labor law and the First Amendment.