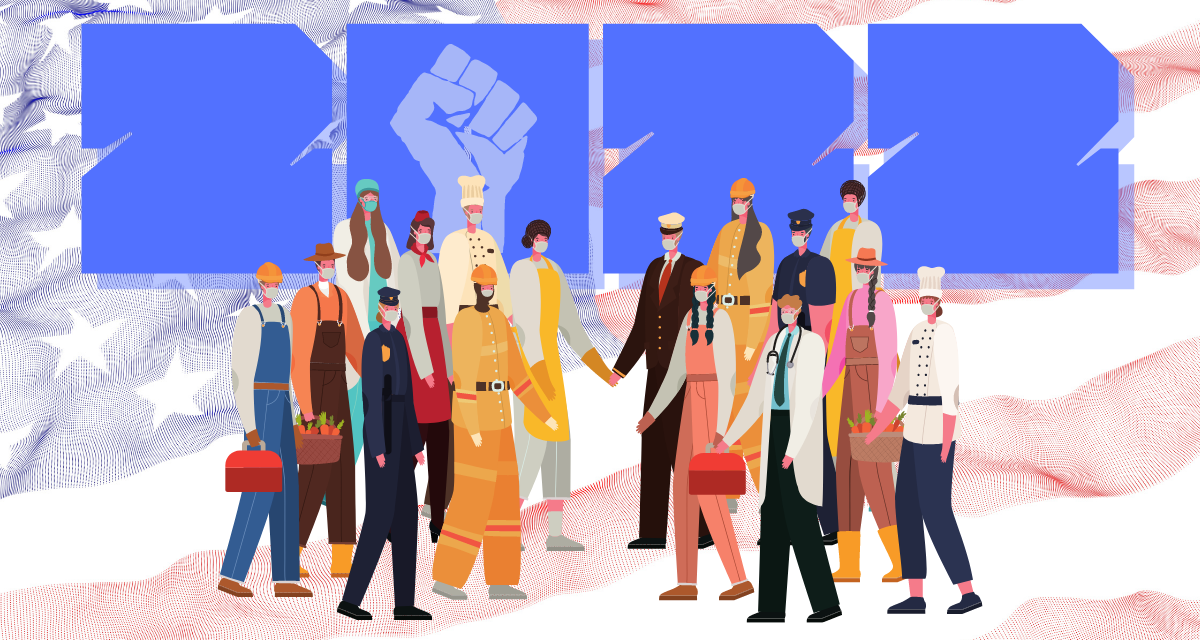 Jim Hightower's Radio Lowdown
2022: The Year of the Workers

‘Tis the season of gift giving – including Time magazine handing out its somewhat pompous “Person of the Year” award.

My beef with this gift is that it perpetuates the fallacy that social progress comes from some wondrous individual. It diminishes the more-inspiring fact that progress (and even the “greatness” of any one person) comes from the extended family – the group, the movement, the many – who sustain the alleged Person of the Year. It’s in that democratic spirit, then, that I suggest 2022 as THE YEAR OF THE WORKERS.

Hardly a week has gone by without another group of employees daring to rise up here, there, and everywhere to fight for union representation, family-sustaining wages, basic health care, rational work schedules, safe workplaces … and, well, respect for the fundamental American values of fairness and justice. Grassroots organizing has swept across most economic sectors this year, from teaching to railroads, but also in corporate workplaces previously assumed to be un-unionizable, like Amazon, Apple, Chipotle, Dollar General, Starbucks, Trader Joe’s, and Uber.

What makes this rebellion even more worthy of recognition is that it signifies a tectonic democratic shift in our nation’s zeitgeist. For half a century, America’s dominant social/economic ethic has empowered elite corporate bosses to rule, decreeing that the mass of people who actually produce goods and services must obey… or else.

But what if very large numbers of non-elites suddenly started choosing “or else” – saying “We’re not going to take it anymore… we demand fairness, or we quit”? That’s what ordinary workers have done in 2022, providing new possibilities for creating a fairer, more dynamic society.

No one person could possibly have done this. So, with apologies to the “deciders” of Time magazine, I designate this as “The Year (maybe the Era) of The Workers.”