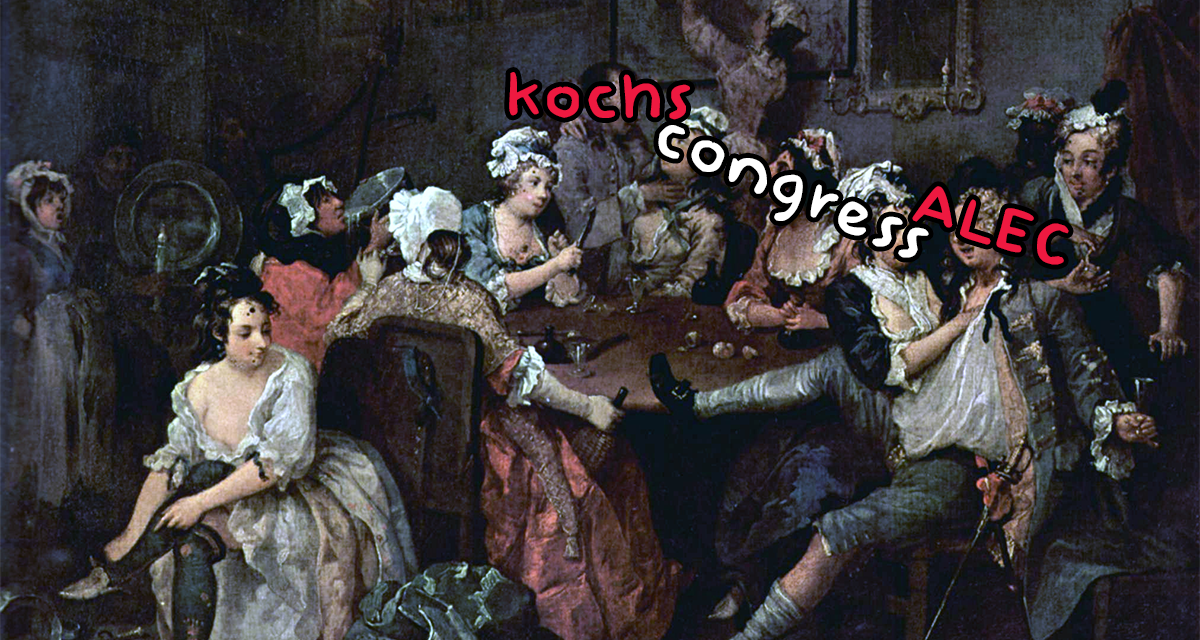 If you’re wondering where Congress’ next truly bad idea will come from, keep an eye on a secretive far-right-wing outfit called ALEC – the American Legislative Exchange Council.

It’s a legislative bawdy house with an exclusive corporate clientele. The Koch brothers, AT&T, ExxonMobil, and other giants pay ALEC to hook them up with Republican state lawmakers who’re… well, on the make. In exchange for sponsoring the corporations’ special-interest bills, the legislators gain corporate sugar-daddies to fund their future campaigns. It’s a hanky-panky quid pro quo that produces litter after litter of bad laws.

Consider one that is an absolute corporate wet dream, for it would remove the people’s power to elect our United States senators, letting state legislators choose them. This maneuver to take power from the people and turn it over to for-hire legislators would return America to the days of outright auctioning of Senate seats. Until the people passed the 17th Amendment in 1913, senators were chosen in backroom deals between corporate bribers and crooked lawmakers, and ALEC’s draft proposal is bluntly succinct: “The seventeenth article of amendment… is hereby repealed.” Back to the future!

This idea of ripping off the people’s democratic power is being touted by such intellectual giants as Rick “Oops” Perry, the corrupt ex-governor of Texas who’s now turning tricks for oil and nuclear power conglomerates as Trump’s energy secretary. Perry wails that the 1913 law letting the public elect senators “took the states out of the process.” So now Rick and other corporate supremacists want to take the People out of the electoral process so the state can control it. The corporate state, that is.

To repeal this repeal effort by plutocratic extremists, connect with Common Cause: CommonCause.org.

“ALEC Is Talking About Changing the Way Senators Are Elected and Taking Away Your Vote,” The Nation, July 18, 2017.