A Phoenix is Rising 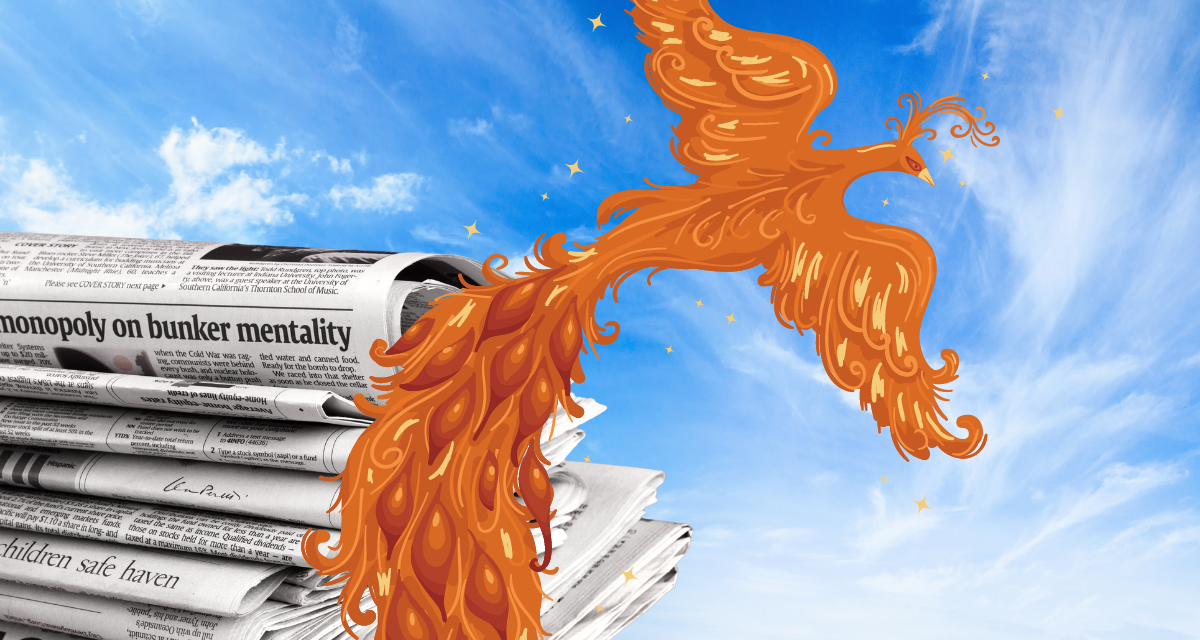 Our local newspapers are being merged, purged, shrunk, shut down, and looted by Wall Street profiteers – yet there’s good news. In the towns those media vultures are torching, a phoenix is rising!

Hundreds of determined locals, often led by people of color, are finding new ways to pay for and revive top-quality, local journalism. For example, the Ferndale (CA) Enterprise moved to an old Victorian home, renting upstairs rooms to vacationers to subsidize the paper. Also, while aloof Wall Street owners have no connection to us or our towns, the scrappy new community papers are stressing their grassroots connection by moving into friendlier, more central, street-level spaces – such as public libraries and community centers – so that regular people can see them and have direct access to their reporters and editors. Then there’s the editor of the Sahan Journal in Minneapolis, who moves his weekly editorial meeting to the offices of various grassroots groups so their members can help shape the paper’s coverage. And in Marfa, Texas, the Big Bend Sentinel is literally serving the public, not only with a good weekly, but also with The Sentinel – a combo coffee shop, cozy bar, cafe, event space, and hangout for locals to meet and greet.

In ways big and small, dedicated local journalists are experimenting with funding, structures, staffing, etc., to produce the news that democracy requires. Note to Wall Street vultures: These newspaper ventures aren’t interested in “scaling-up” to maximize investor profits. As they know, it was corporate cost-cutting, consolidation, and “scaling” that got us into today’s mess of journalistic collapse. Instead, by sharing ideas and resources, these local innovators help each other succeed. And, unlike the Wall Street model, their success is not measured simply by financial return, but also by how they do at keeping citizens informed and engaged.