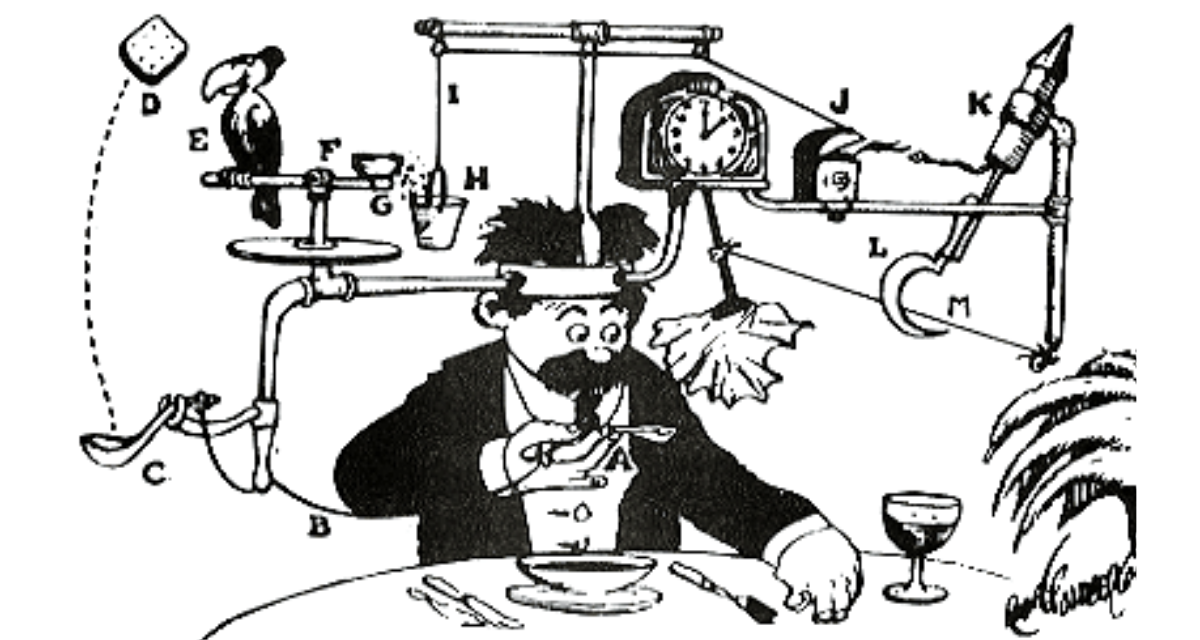 Last July, several GOP senators combined their 5-watt intellects to charge that inflation was rising because of the “insane tax and spending spree of President Biden and the Democrats.”

Never mind that the “insane” spending is for such sensible, productive, and enormously popular national needs as childcare and jobless benefits, Mitch McConnell’s rabidly partisan flock saw the chance to politicize the public’s legitimate worries about rising prices. You poor consumers are made to pay more for basics, they squawked, because of “Socialist Joe’s” investments in grassroots people!

ONE, they say that helping hard-hit families induces them to refuse to go to work; TWO, this creates blockages in the global supply chain; THREE this causes shortages of everything; FOUR, this “forces” corporate bosses to raise all prices; which, FIVE, slams the middle class and poor; so SIX, lazy workers cause inflation.

Whew! Rube Goldberg couldn’t have dreamed up a more fantastical diagram to deflect attention from what’s really happening, namely that instead of an inflation problem, we have a corporate greed problem.

Of course, the greedmeisters insist that their pursuit of excess corporate profit has not driven any price surges. In our economy of free market competition, they snap, prices are established by the Law of Supply and Demand. It’s the magic of the marketplace, they explain.

But magicians don’t do magic, they perform illusions. And the illusion of free market competition implodes when it hits the reality that our economy doesn’t remotely resemble a competitive marketplace.  For some 40 years, corporate-directed government policies have intentionally promoted mega-mergers and green-lighted anticompetitive business tactics.
Thus, in short order and with practically no public awareness, much less discussion, America has been transformed into Monopoly Nation – letting the few gouge the many. That’s where inflation comes from.