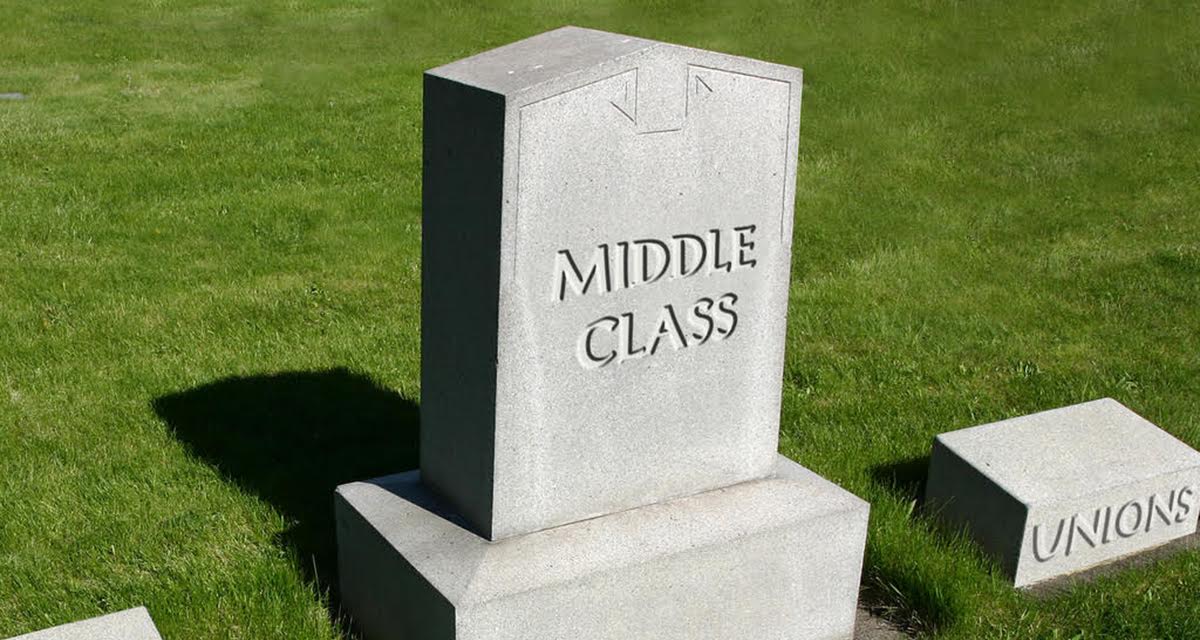 From 1776 forward, the “common yeoman” – America’s middle class – has been hailed as the virtuous heart and backbone of our nation.

How ironic, since it took 150 years before we actually created a broad middle class. Before the 1930s, most Americans were poor, or near poor. And, yes, “created” is the correct term for how our middle class came to be, pushed by two historic forces of social transformation.

First, the devastation of the Great Depression created a grassroots rebellion of labor, farmers, and others against the careless moneyed class that caused the 1929 crash. These forces produced FDR and his New Deal of union rights, Social Security, and other tools that empowered ordinary Americans to begin rising up from poverty.

Second, the government’s national mobilization for World War II created an explosion of new jobs and opportunities for millions, opening people’s eyes, boosting confidence, and raising expectations. A post-war rise in unionism, passage of the GI Bill, a housing program, and other progressive actions led to a doubling of the median family income in only 30 years, creating a middle class that included nearly 60 percent of Americans by the late 1970s.

Then – phfffft – Washington’s commitment to a middle class suddenly fizzled in the 1980s as Republicans and many Democrats switched from supporting egalitarianism to backing the elitism of their corporate donors. Ever since, they’ve steadily disempowered workers and enthroned the rich, thus imposing today’s abominable, un-American culture of inequality across our land.