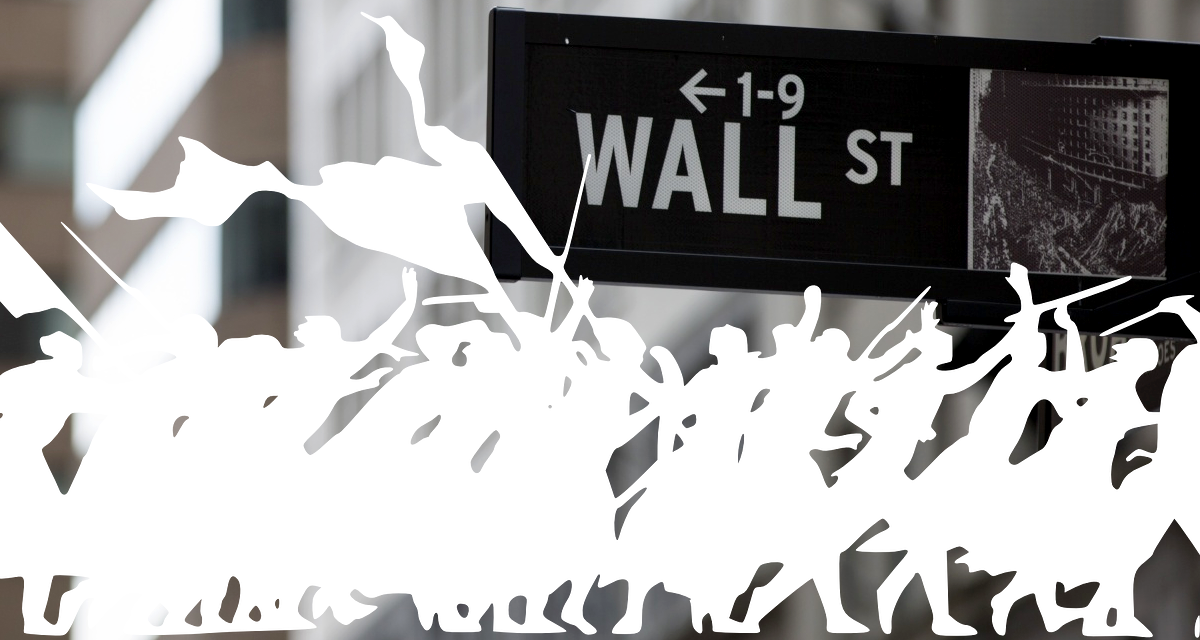 America’s political history has been written in the fierce narrative of war. Not our country’s many military clashes with foreign nations – but our own unending war for democracy in the USA.

Generation after generation of moneyed elites have persisted in trying to take wealth and power from the workaday majority and concentrate both in their own hands to establish a de facto American aristocracy. Every time, the people have rebelled in organized mass struggles against the monopolists and financial royalists, literally battling for a little more economic fairness, social justice, and equal opportunity. And now, the time of rebellion is upon us again, for We the People are suddenly in the grip of a brutish level of monopolistic power.

Corporate concentration of markets, profits, workplace decision-making, political influence, and our nation’s total wealth is surpassing that of the infamous era of robber barons. Apple, which just became the first US corporation to reach a stock value of a trillion dollar, is now larger than Bank of America, Boeing, Disney, Ford, Volkswagon, and 20 other brand-name giants combined. And the powerful tech industry is now controlled by just five superpowers – Apple, Amazon, Facebook, Google, and Netflix – which raked in half of this year’s stock price gains by the 500 largest corporations. Indeed, the recent gold rush of corporate mergers has created mega-firms, shriveling competition in most industries – airlines, banks, drug companies, food, hospitals, hotels, law firms, media, oil, etc.

The result of fewer and bigger corporations is that those few attain overwhelming power over the rest of us. They are able to control workers’ pay, crush unions, jack up prices, squeeze out smaller businesses, dominate elections, weaken environmental projections… and become even fewer, bigger and more powerful.

This is Jim Hightower saying… They are waging all out corporate class war on the American people and on our democratic ideals – and they’re winning.