Are CEOs Really “Worth” Millions of Dollars? 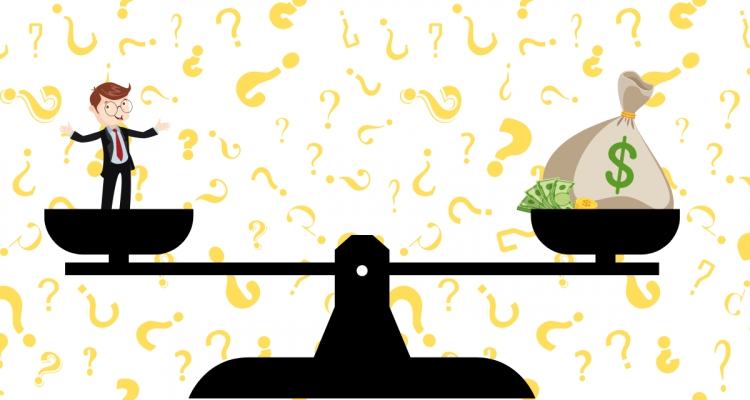 These days, the haughty rich in our country have developed such an arrogant sense of self-entitlement that they’ve gone from being merely irritating to infuriating.

Unsurprisingly, their plutocratic greed and rigging of the system has generated a political backlash, including a widely-popular push to tax the massive stashes of wealth the upper-upper class has amassed by stiffing the middle class and poor. Alarmed by this uprising, the rich have launched a major effort to defuse public anger – not by altering their own behavior, but by a semantical twist.

Interestingly, since “The Rich” has become such a negative phrase, it is being dropped from the vocabularies of right-wing media, lawmakers, and other defenders of wealth concentration. Rather, they now glorify the millionaire/billionaire class as “high-earners” and “high net worth individuals.”

Both are awkward phrases, yet both serve to exalt the fortunate few as superior earners and worthy individuals. Words matter because they are powerful social constructs that share our culture’s moral values. For example, even failed CEOs who preside over big losses still collect boodles of cash from the corporate hierarchy, while working stiffs who perform their jobs admirably at the same corporation get pay cuts or even get booted. Boeing, for instance, suffered $12 billion in losses last year, costing 30,000 workers their jobs, yet the top exec was rewarded with $21 million in pay.

Other job crushing CEO failures include AT&T, Disney, GE, Hilton, T-Mobile, and Tenet Healthcare – yet each of those top executives were rewarded with at least $20 million in pay. In every case, the establishment media cloaked the greed of the chiefs by saying they “earned” millions and are now “worth” such-and-such.

These aren’t euphemisms – they’re lies. To get the truth, the media might ask ousted workers how much they think the CEOs actually earned and are worth.