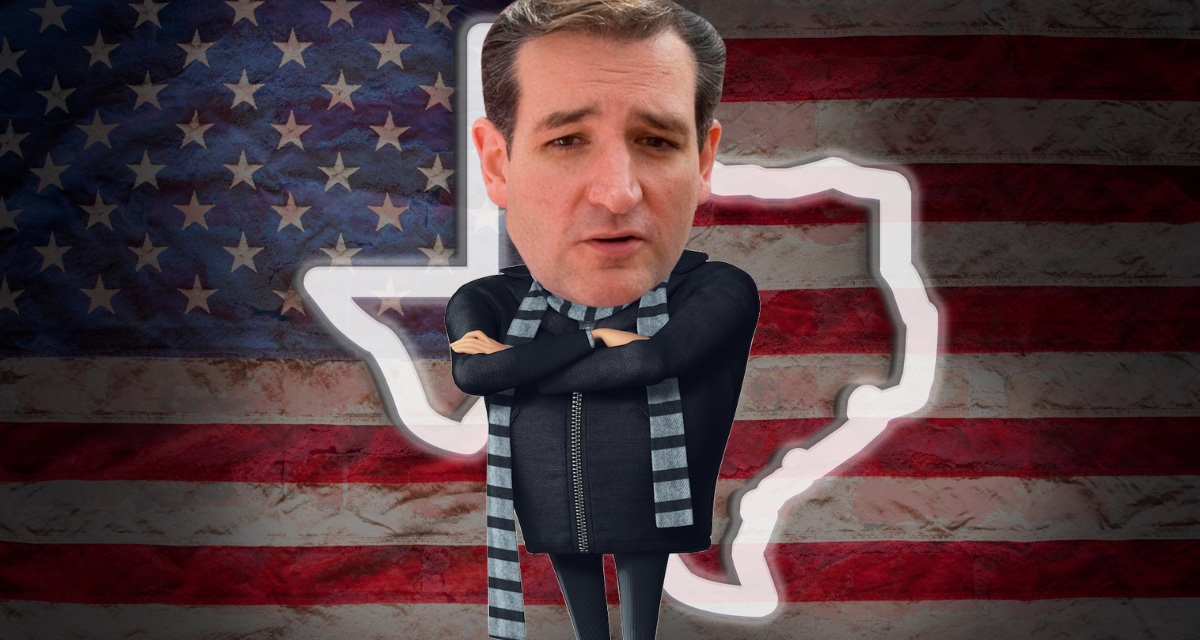 Let me say one word to you: Nuts.

Now, let me say one name to you: Ted Cruz.

They’ve become synonymous, with the Texas lawmaker perennially topping national lists of goofy, right-wing political goobers. Only, Ted can’t rightly be called a lawmaker, for he’s not a serious participant in that process, instead devoting his senatorship to political stunts and picking silly PR fights with a growing list of enemies.

Running out of people to attack, Ted has found another species for his vitriol: Fictional icons. He’s been padding his right-wing credentials by going after Mr. Potato Head, Mickey and Pluto, and, believe it or not, Muppets. This US senator has dedicated the power and public resources of his office to demonize popular creatures on “Sesame Street,” specifically Big Bird and loveable little Elmo. Ted rants he has proof that Muppets are covert tools of “government propaganda.” So, this ridiculous excuse of a senator is saving America from… Muppets.

But for a whole bag of assorted nuttiness, you can’t beat Sen. Rick Scott’s 11-point plan to “Rescue America.” A disgraced former healthcare mogul, this mega-millionaire reinvented himself as a wingnut Florida senator, and he now chairs a policy arm of the Republican Party.

In February, he set forth a stunning agenda of far-out right-wing extremism that he says his party will push if they re-take the senate this November, including:

Fiddle-faddlers like Cruz and Scott have turned the once-proud US Senate into The Little Nut Shoppe on the Hill.