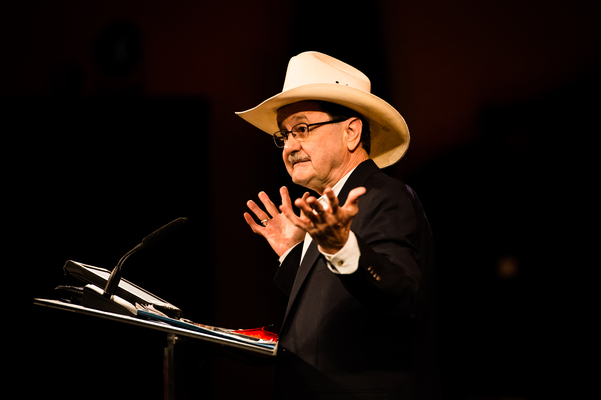 Wall Street bankers are mad – in both senses of that word.

Wall Street bankers are mad – in both senses of that word.

It starts with banker anger. Many financial executives are downright huffy, because they say you and I are not showing them the love they deserve. These are the very same Wall Street whizzes whose casino scams collapsed, plunging America’s Main Street economy into a painful recession that has eliminated millions of jobs. The whizzes whizzed on us, so why do they think we owe them any love?

Because, they say, we’re now making tons of money again – so much that we have returned to the gilded days when we financial geniuses raked in multimillion-dollar bonuses. Indeed, Goldman Sachs says that it will dole out more than $16 billion in bonus pay to its bankers at the end of this year.

But, wait – you want us to applaud your self-aggrandizement? Yes, they snap angrily. Don’t you get it? Big bank profits and garish executive bonuses are proof that we are geniuses after all! While the rest of the country struggles, we’re back on top of our game, so not only are we entitled to be richly rewarded for our business success, but also celebrated with high-fives and hugs from the hoi polloi.

Well excuse me, Your Majesties, but your being mad at us for not cheering your narcissism shows just how bullgoose mad you really are. In fact, if you get one smidgen goosier, you’ll be flying south every winter.

When you hear Wall Streeters honking about their banking successes – remember they wouldn’t even have a bank today except for the $13-trillion in public funds they got in the past two years to shore up their failures.

None of these Welfare Kings should get a dime in bonus money, much less our applause. To the contrary, they should be paying bonuses to us taxpayers – while also apologizing and saying the words we’ve yet to hear from these banksters: “Thank you.”

“How About Some of that Painful Welfare Reform for Wall Street?” www.alternet.org, October 22, 2009.