Can Amazon sucker the people of New York? 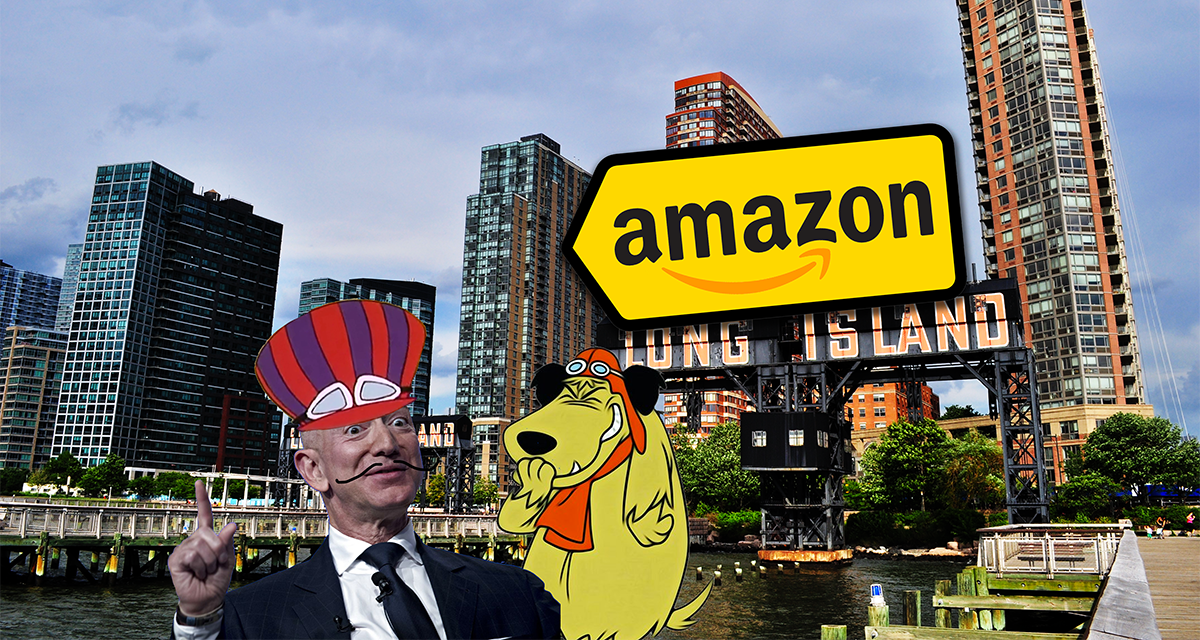 The undisputed king of taxpayer scammers is Amazon – but a hardy band of New York commoners is delivering an old-line message to the online power: Don’t count your subsidized chickens before they hatch.

For a couple of decades, CEO Jeff Bezos built Amazon’s monopolistic market might by illegally dodging sales taxes. A few years ago, though, the law was onto Bezos, so he switched from dodging local taxes to demanding that he be given taxpayer subsidies. His big scam was called HQ2, a scheme enticing local and state officials to throw bundles of their taxpayers’ money at Amazon in hopes their town would become its “second corporate headquarters.”

A “winner” in this corporate shakedown was New York, which pledged 3 billion tax dollars to Bezos. Governor Andrew Cuomo even gushed that, “I’ll change my name to Amazon Cuomo if that’s what it takes.”

But wait – a grassroots rebellion, backed by key state senators and city council leaders, has dared to talk back to the Amazonians and politicos who cut the sweetheart deal, citing the giant retailer’s well-documented abuse of workers. The king was mightily offended, declaring haughtily that “we want to invest in a community that wants us.” Hello… you’re asking the community to invest in you, with no promise of fair treatment for the community. Indeed, asked if the corporation would be neutral if its New York employees chose to unionize, Amazon’s spokesman barked: “No, sir.”

Now, in a PR stunt, Amazon is trying to win Big Apple support by offering to hire 30 public housing residents to be customer service agents. Thirty. Out of 400,000 low-income New Yorkers living in public housing!

You can say some negative things about New Yorkers, but generally speaking, they’re not going to be suckers for anyone – not even Bezos.

“New York’s governor jokes he’ll change his name to ‘Amazon Cuomo’ to win the HQ2 bid hours before a report that New York City will be home to one of the company’s new headquarters,” Business Insider, November 5, 2018.