Can the Easter Bunny save us? 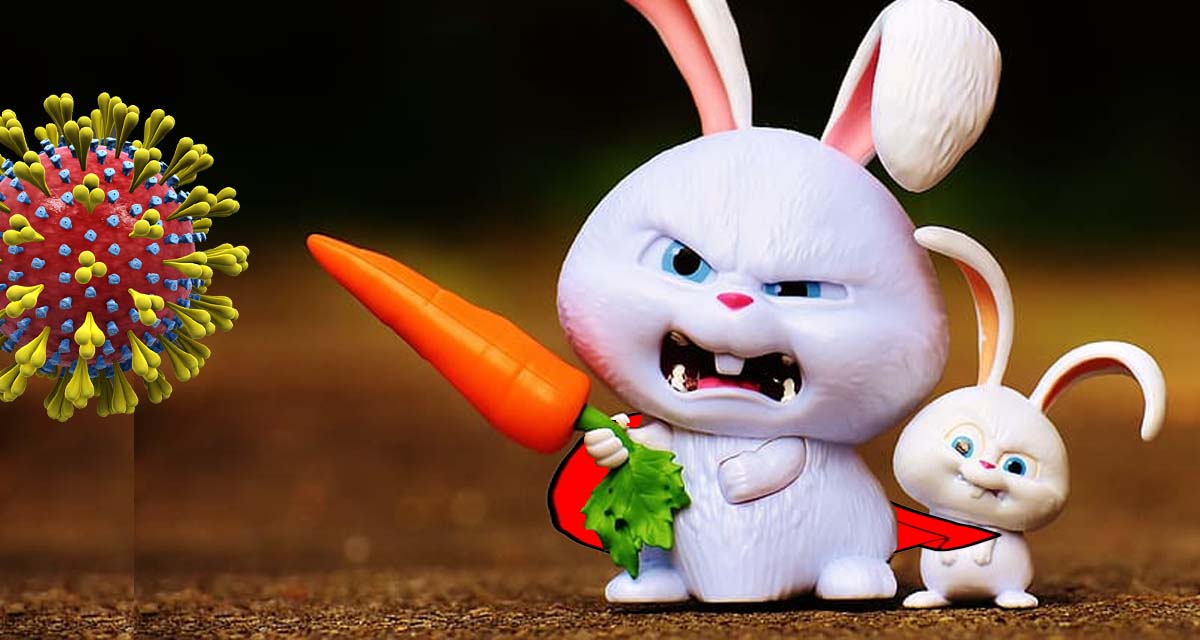 Jim Hightower's Radio Lowdown
Can the Easter Bunny save us?

Glorious news, people! The renowned professor of pandemicology, Dr. Donald Trump, has found the magical antidote to coronavirus that had eluded lesser scientists. It’s the Peter Cottontail Solution. While sitting in the Rose Garden, the resident White House Pandemicologist said that it suddenly dawned on him that, Hippity-hoppity, Easter’s on its way! So, he declared that he was ready to lift all those pesky health restrictions and “have the country opened up” by Easter.

Would our public health crisis be over by then? Dr. Trump said he didn’t worry about such factual details. Instead he explained to the Fox audience that “I just thought it was a beautiful time,” noting that all of the nation’s churches could be packed on that Sunday, bringing people together in celebration of his miraculous rising of the moribund economy.

But wouldn’t such a holy mass gathering actually reinvigorate the diabolical COVID-19 pathogen, spreading its destruction further, deeper, and longer? Sure, said the good doctor, “You are going to lose a number of people,” but Wall Street and Corporate America are crippled by employees staying home, so “We have to get back to work.” His rallying cry for workers to pump up the sagging stock market echoes a crass “Die for the Dow” ethic espoused by Wall Street barons and billionaires. Of course, for the cold inhumanity of such a dreadful policy idea to be made clear, it needs to be officially embraced as “Texas Stupid.” Sure enough, one of my state’s right-wing politicos, Lt. Governor Dan Patrick, lunged into the national spotlight to one-up Trump, saying that returning America to full economic throttle pronto is worth sacrificing the lives of grandparents who are 70-plus years old. “Let’s be smart about it,” he blathered, demonstrating to millions that he – and this idea – truly are dumber than a dust bunny.