Cashing in on the COVID crisis 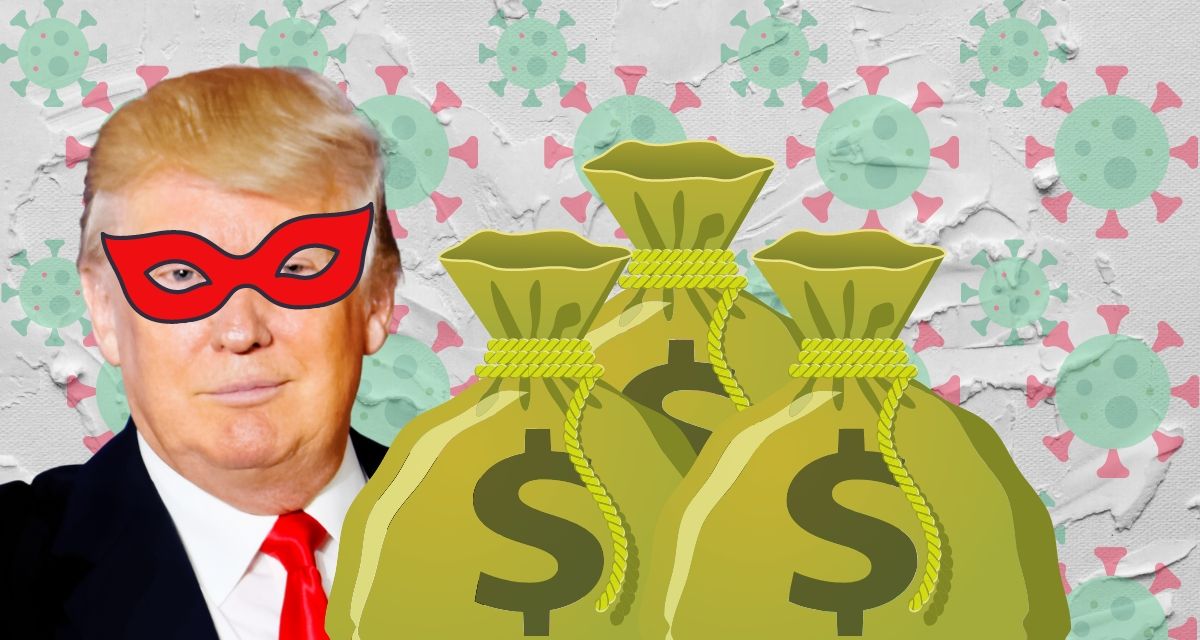 Jim Hightower's Radio Lowdown
Cashing in on the COVID crisis

Why does Donald Trump refuse to wear a coronavirus mask? Because he realizes that, in a mask, we’d all recognize him as the robber who has been moving furtively behind the scenes of the pandemic to rig the rules against workaday folks to further enrich corporate elites.

With media attention riveted on COVID-19 body counts, Trump & Company have felt free to monkey wrench labor laws, dynamite environmental regulations, manipulate the tax code, and generally burglarize our people’s commitment to the Common Good. They’re like Robin Hood and his Merry Band – only in reverse, stealing from the many to give more to the rich few.

They’ve even quietly filched the bulk of the government’s multitrillion-dollar pandemic recovery program, thus dramatically increasing wealth inequality. While you might have received a one-time $1,200 relief check from Washington, major corporations have actually been given the keys to the Federal Reserve’s money-printing machine, funneling a long-term giveaway of hundreds of billions of dollars to them.

Also, corporate interests are pocketing untold amounts from several little-reported grant programs and tax breaks discreetly created just for them. For example, mysteriously tucked into Trump’s first rescue package was a $135-billion tax boondoggle specifically designed for such hucksters as giant real estate developers. Like whom? Well, Trump himself and son-in-law Jared Kushner appear to qualify. Just lucky, I guess. Adding to the peculiarity, this handout has nothing to do with helping America recover economically from the pandemic. Rather, it provides retroactive tax breaks on deals developers cut long before this year’s COVID crash.

So, Trump & Company are surreptitiously building new channels into the system so corporate bosses and billionaires can loot an even greater share of America’s wealth from workaday families. It’s the corporate version of the old political adage: “Never let a big crisis go to waste.”