What caused the “Wreck of Wells Fargo?” 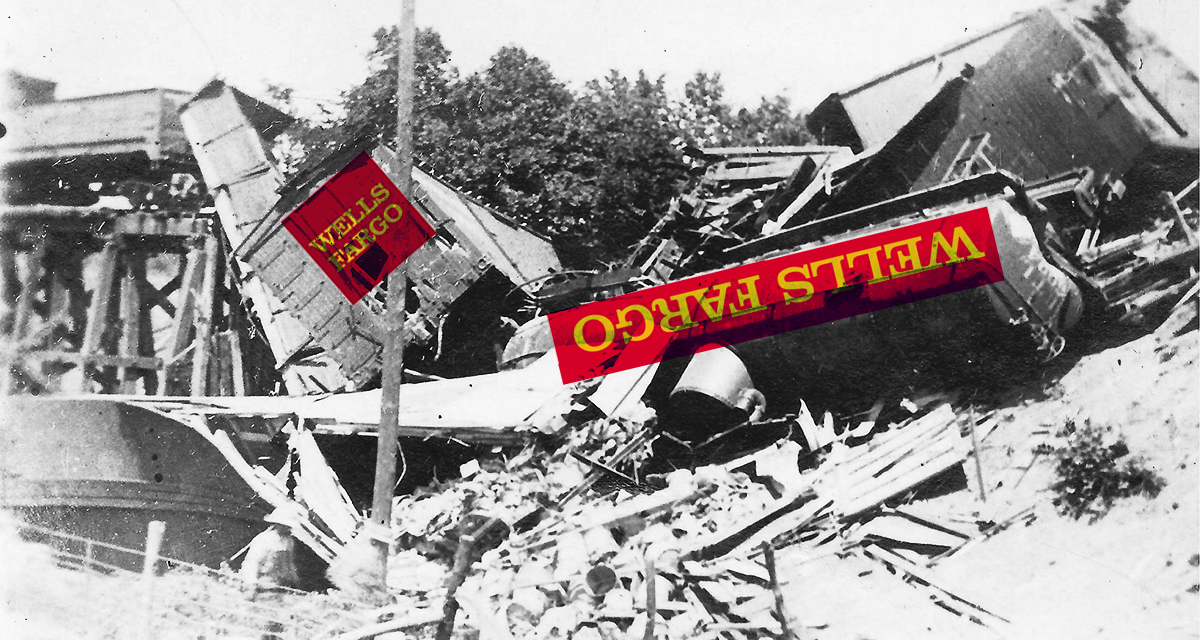 “Wreck of the Old ’97” is a country ballad telling what happens when a highballing engineer pushes a train’s throttle too hard – going too far too fast. Old ’97 jumped the tracks, and the engineer… well, as the song puts it: “He was found in the wreck with his hand on the throttle/ Scalded to death by the steam.”

This was written about a North Carolina train disaster in 1903, but it could’ve been written this year about an even bigger disaster called “The Wreck of Wells Fargo.” The engineer, CEO John Stumpf, pushed the profit throttle way too hard, relentlessly demanding that employees in its 6,000 branch banks use high-pressure tactics and outright deceit to open multiple accounts that customers didn’t need or even know about, forcing them to pay more fees. Wells Fargo branches were even called “stores” to emphasize sales over service.

For a while, it worked – profits zoomed, as did Stumpf’s multimillion-dollar paychecks, and he was named 2013’s “Banker of the Year.”

But Wells Fargo went off the tracks this summer when it become public that the bank was a financial predator, bilking old people who have memory problems and immigrants who couldn’t understand much English. The stock price plummeted, Congress opened hearings, prosecutors launched investigations – and they found Stumpf in the wreckage with his hand on the throttle, his job fading away, and his personal reputation scalded to death by public outrage.

But this ballad is about more than one overreaching CEO and an out-of-control bank. It’s a dirge for the irrational idea that today’s corporate system can be self-governing – a system consisting of too-big-to-manage giantism, propelled by an executive-suite ethic of greed, overseen by a rickety structure of insider board members.

The system itself is the wreck – a wreck that keeps happening.

“Justifiably, This Buck Stopped With the Chief Executive,” The New York Times, October 13, 2016.