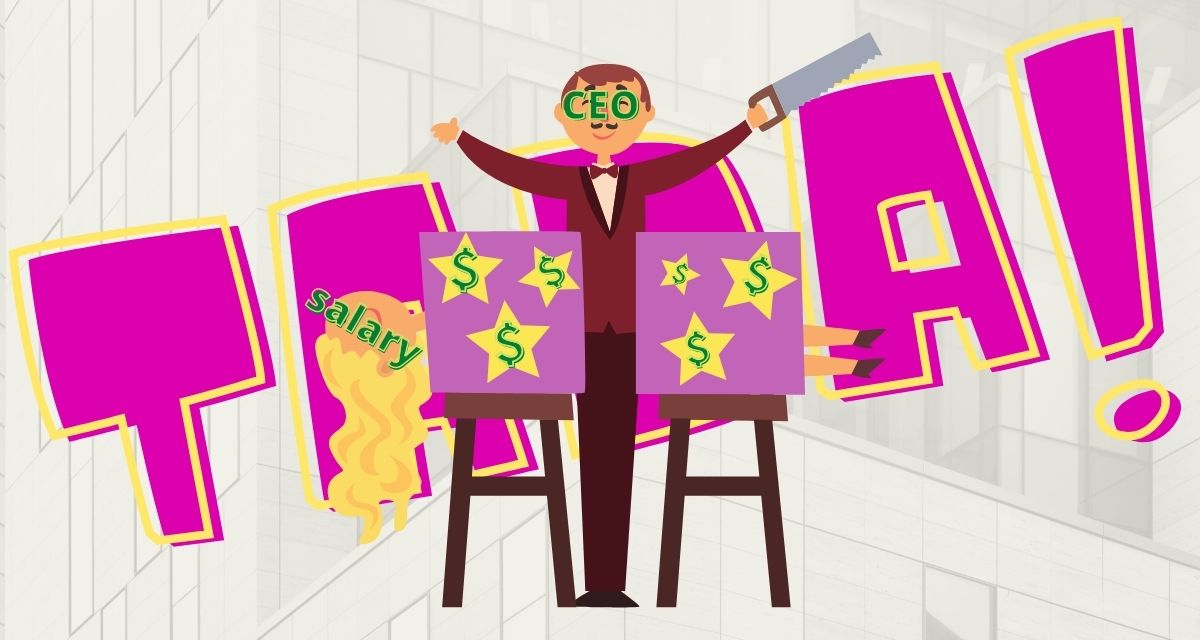 COVID-19 has been a doubly-deadly disaster for millions of Americans, destroying both life and livelihoods. But one of the most heartening responses to the crisis has come from the least-expected place: Corporate executive suites.

This spring, numerous CEOs made headlines by showing some class solidarity. If we’re having to wallop our workers because of a pandemic, these bosses told media interviewers, the least we can do is cut our own salaries. Yes – all in this together!

Only… not really. An analytical firm looked at the books of nearly all major US corporations, finding that a mere fraction had made any cuts to senior executive pay, and the few that did only made little nicks in the boss’ take-home, rather than real cuts.

The trick is that the “sacrifices” only applied to official salaries. They are the tiniest part of a chief executive’s compensation, which mostly is made up of bonuses, stock options, etc. For example, United Airlines, which is presently zeroing out the paychecks of 36,000 workers, docked its CEO’s salary by nearly a third – sounds like a real gesture, but that works out to less than three percent of the $22 million he’s getting in total pay. So middle-income workers get the boot, while the boss still has his job, gets more than $21 million in annual pay, and claims bragging rights for being an “ethical” corporate chieftain.

The ethical crime here is not merely in the cynical fudging of numbers, but that even in this unprecedented time of national crisis, the elites who’ve converted capitalism into a system of plutocratic plunder still feel entitled to cheat.

If a nation’s economic system doesn’t care about shared sacrifice in hard times and shared prosperity in good times, why should the majority who pay the price and are denied the gains care about that economic system?