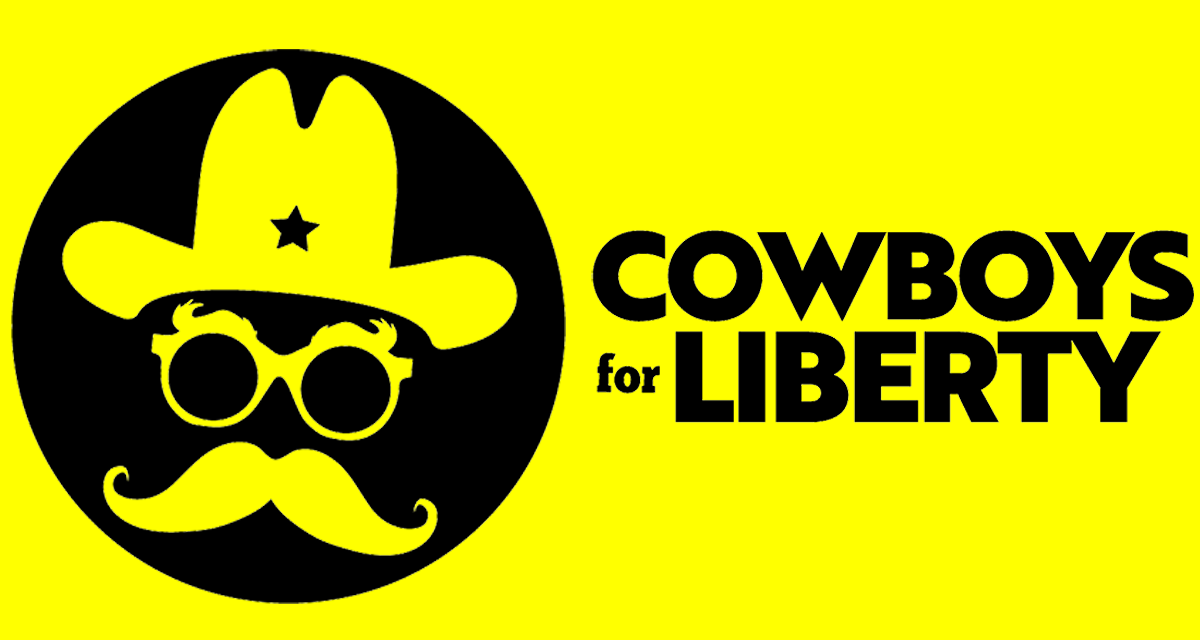 What’s in a name? By definition, the name of a person, place, or thing is its personal designation… a distinct way of being known to others. Unless, of course, it’s the opposite – a label meant to disguise who or what a person or thing really is. In other words, a fake name.

Hiding one’s true identity can be done for many legitimate reasons, but it’s widely-used these days by flimflammers and corporate front groups. For example, “Restaurant Workers of America” is not made up of waiters, cooks, bartenders, etc. It’s a front group for chain restaurant owners who oppose raising the sub-minimum wage of their actual workers. Such astroturf “citizens” groups often hide behind patriotic-sounding names like “Americans for Prosperity” to run massive campaigns of deceit to benefit the corporate sponsors at the expense of the public interest.

And now, from out West, comes a brand-spankin’ new group: “Cowboys for Liberty.” What a positive moniker! Cowboys are seen as down-to-earth, straight-shooters, and American is all about liberty. But wait, is this just a front for corporations wanting to grab our public lands? Au contraire, as the old cowhands say. It’s an audacious, fun-loving network of hell-raising, climate-change activists who are out to expose, shame, and defeat the corporate-serving profiteers behind the climate-denier industry. They chose the cowboy image both to symbolize the True-West ethic of defending Mother Nature – and as a spoof of the Orwellian perversion of language by dishonest corporate powers.

But Cowboys for Liberty is more than a name. It’s a public campaign to unveil the shameful avaricious individuals who are behind climate-change pollution, putting their personal wealth and political advancement above the well-being of all other earthlings. Join the campaign at www.whydeny.org.