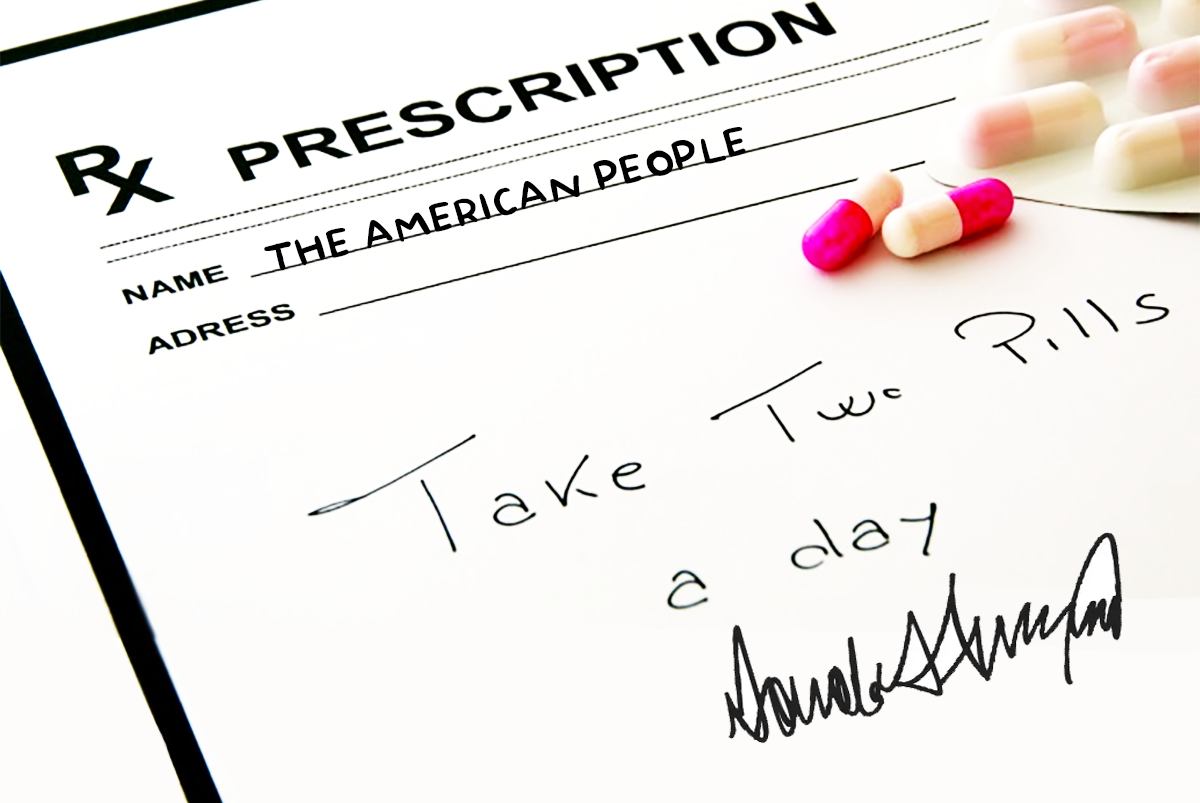 We recently saw the hugger in action when he held a PR event to ballyhoo 50 proposals to stop Big Pharma from gouging American consumers with monopolistic drug pricing. People are rightly outraged that pill-peddling giants exploit patients who have life-threatening diseases and routinely jack up prices on common drugs by some 10 percent a year. As a presidential candidate, Trump jumped on this hot issue, accusing drug makers of “getting away with murder.”

So, now with typical modesty, he has revealed his plan to stop the rip-offs, calling his 50 proposals the “most sweeping action in history to lower the price of prescription drugs for the American people.” Yeah, “sweeping” as in sweeping the problem under the White House rug. Fifty is just a political number meant to puff-up Trump’s plan as something BIG. But as one congressional Democrat pointed out, all 50 amount to “a sugar-coated nothing pill.” It even fails to include his own campaign promise to use the purchasing power of Medicare to negotiate lower prices for seniors.

Far from feeling punished, Big Pharma itself felt it had gotten a warm presidential hug – drug company stock prices went up immediately after the presidential speech.

It’s really no surprise that Trump is letting these corporate profiteers continue “getting away with murder.” After all, political posturing aside, he has stacked his administration with drug industry executives like Alex Azar, a former Eli Lily honcho who is now his Secretary of Health. How revealing that Azar was standing right behind the president at the White House media event, beaming and applauding as Trump announced… well, a lot of nothing.