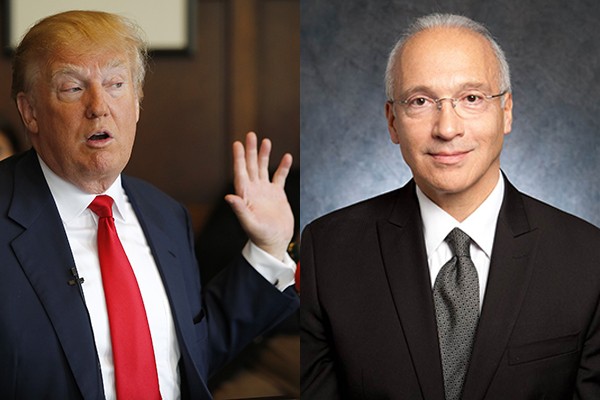 This year’s freakish presidential election has now devolved into an ethnic brouhaha between two foreigners: A Mexican and a German.

The “Mexican” is Gonzalo Curiel, a US federal judge who was born, raised, and educated as in Indiana. The German is Donald Drumpf, aka, the Republican nominee for president. He has two fraud cases against him in Judge Curiel’s court, and Donnie recently became unhinged over the idea that “a foreigner” would be allowed to pass judgment on an upstanding American citizen like him.

But, wait – Curiel is a full-blooded American citizen! No, cried The Donald, “he’s a Mexican,” pointing to the jurist’s family heritage. But, wait again – Donnie himself is not pure-blooded Americano (only Native Americans can claim that, and even they immigrated from afar centuries ago). In fact, his grandfather, Friedrich Drumpf, immigrated to the US from Kallstadt, Germany about 120 years ago and anglicized his name from Drumpf to Trump.

Still, the GOP’s nativist and racist 2016 flag bearer insists that even though we Americans are proud to be a nation of immigrants, an American with Mexican genes should be disqualified from overseeing the fraud trials, for he’d inherently be biased against the candidate who has promised to “build a wall” between the US and Mexico. So, does his screwy claim that one’s background trumps one’s commitment to fairness also mean that a Muslim-American judge should be disqualified from any trial of Trump’s wrongdoings, since he has promised to ban all Muslim immigrants from entering the US? “Absolutely,” says the GOP’s presidential wannabe.

Finally, it’s time to say the obvious: Donald is not just plainspoken, nor is he merely trying to get media coverage. He is deranged, a manic threat to anyone he dislikes, which is everyone not named Trump… or Drumpf.