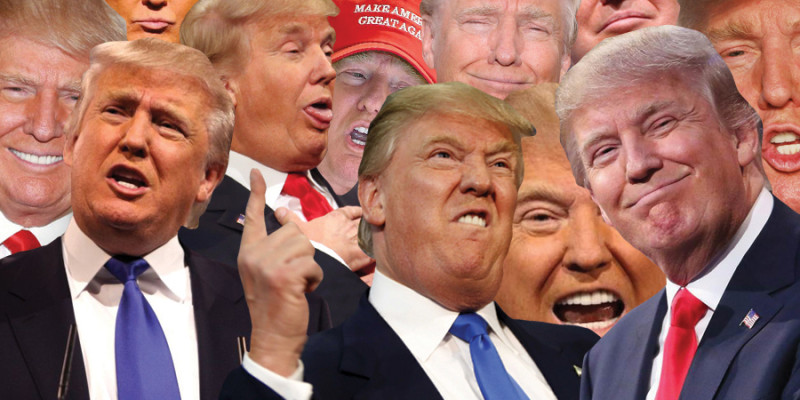 Is this really happening? Is Donnie Trump really going to be the Republican Party’s nominee? More preposterous, try saying this: President Donnie Trump. Surely not. I was in Washington recently and went to the Lincoln Memorial. Looking up at the magnificent statute of Honest Abe, I swear I saw tears streaming down his face!

Still, whatever you think of The Donald, you’ve got to give the preening yellow-crested peacock credit for one important contribution he has made to America: He saved us from Ted Cruz.

As Molly Ivins wrote during George W. Bush’s terrible tenure: “Next time I tell you someone from Texas should not be president of the United States, please pay attention.” I’m channeling Molly’s spirit when I tell you that Cruz is seriously dangerous. He’s not merely an autocratic, plutocratic, theocratic extremist, but a conniving, lying, vainglorious egomaniac with dictatorial right-wing ambitions. He’s Joe McCarthy, without the charm or self-restraint.

As a junior tea party senator, Cruz made his mark on Washington by throwing a silly temper tantrum that literally shut down our government. But that doesn’t mean he’s against Big Government. Au Contraire, as we Texans say, Ted wants to head a monstrously-big, violent, and grossly-intrusive government. Again and again, he has revealed a harebrained, shoot-from-the-lip, chicken-hawk eagerness to start wars around the world and use invasive, unconstitutional police power here at home. In response to the Syrian refugee tragedy, for example, he said he not only would ban Syrian Muslims from entering the US, but he’d also have government authorities “patrol and secure” every Muslim neighborhood in America.

Holy Thomas Paine! This un-American extremist shouldn’t be allowed to visit the White House, much less sit in the Oval Office.