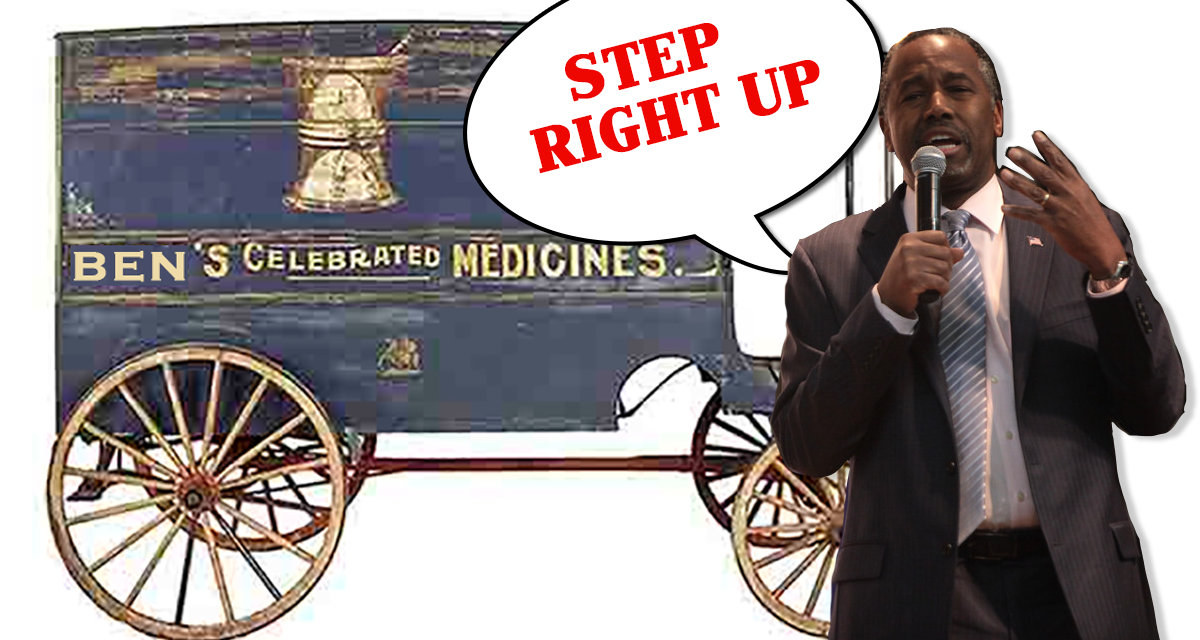 The Trumpeters are fully embracing the right-wing’s imperious disdain for poor people, blaming them for creating their own economic distress – a convenient ideological fabrication for a government intent on destroying our nation’s social safety net.

And who better to mouth this moral rationalization of a patently immoral policy than Trump’s Housing Secretary, Dr. Ben Carson? Raised in poverty, he became a renowned and very wealthy surgeon, so other impoverished Americans should do likewise. Carson recently spoke to this, explaining that poverty is just “a state of mind.” See, it’s simple – simplistically-speaking.

Of course, poverty is actually a state of money (ie, the lack thereof). It’s also a state of joblessness… of miserly minimum wages… of being disabled… of limited education… of a prison record… and of many other hard-knock realities. Carson offers bootstrap babble about poor people having “the wrong mindset,” adding that America’s safety net has made poverty too “cozy” for the poor – all of which is a plutocratic fantasy to make Trump & Company feel righteous about trying to cut off the helping hand.

One cut whacks $6 billion out of Carson’s own agency, including a vital program helping five million very-low-income Americans rent apartments. Nine-out-of-ten of them are either elderly, people with disabilities, veterans, or working poor people with children. Slamming the door in their faces condemns most of them to living on the streets. How does that “Make America Great?”

It’s time to say the obvious: The likes of Trump and Carson are incompetent ideologues, operating as if gutting government programs will magically make our country’s complex problems go “away.” They simply don’t know what they’re doing, don’t know how to govern a great democracy, and they’re making a great mess.

“Housing secretary Ben Carson says he thinks poverty is ‘a state of mind,'” Business Insider, May 24, 2017.

“Ben Carson calls poverty ‘a state of mind’ during interview,” The Washington Post, May 24, 2017.