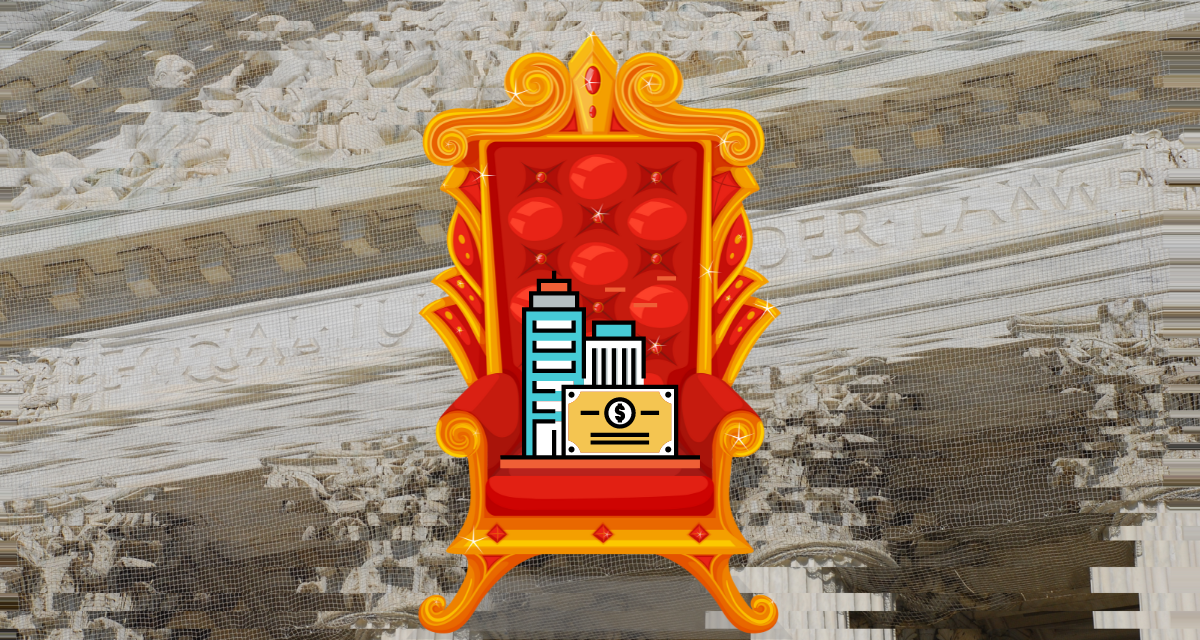 “Equal Justice Under Law.” That’s the noble principle carved into the marble façade of the temple-like Supreme Court building.

Today, though, six right-wing, corporate-dominated activist judges control the present Court, and they’re implementing an elitist creed mocking that ideal. By putting the interests and power of the wealthy over the rest of us. They’re turning “justice” into an antidemocratic concept of “just us.” In ruling after ruling, today’s supremes are political operatives taking power from the many to further-empower and enrich the few.

One huge change occurred in 2010, when the five Republican judges decreed that corporations be given a Constitutional right to spend unlimited sums of their cash to dominate our elections – and to pack our courts with judges who serve them. Sure enough, a majority of Supremes are now in harness to the corporate agenda.

Consider their constant push to rig the rules against workers. While the federal judiciary has aided corporate bosses for decades by chipping away at hard-won legal protections for working families, the chisel has become a jackhammer in the last few years. The Supreme Court’s Republican majority routinely pounds precedents, logic, truth, and the Constitution itself to demolish the structural pillars of labor rights and organizing.

In a 2018 case, for example, the GOP judges undermined the funding of unions by arbitrarily striking down their process for collecting dues–a practice the court itself had authorized 41 years earlier. As Justice Elena Kagan bluntly put it in her dissenting opinion, there was no reason for the court to barge into this matter of long-settled law … except that the Republican majority simply didn’t like the previous decision and overruled it “because it wanted to.”

This is not justice, it’s raw politics – yet another open-and-shut case of black-robed partisans supplanting America’s hallowed rule of law with their own anti-labor whim.