Is there even an iota of courage in the GOP hierarchy? 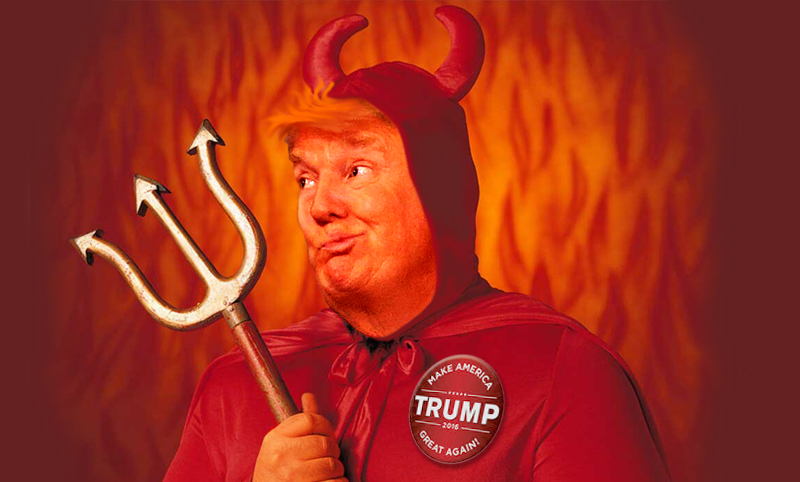 Jim Hightower's Radio Lowdown
Is there even an iota of courage in the GOP hierarchy?

The opposite of courage is not cowardice, it’s conformity.

And, boy, America’s Republican leadership is conforming like a pack of lemmings, marching in lockstep behind their maniacal new leader, Donnie Trump. Even the nastiest of his unhinged outbursts don’t jar them enough to say: Wait a minute, why are we following this wacko? His incendiary rants insult, demean, mock, and assault women, Mexican immigrants, Muslims, refugees, disabled people, African-Americans, Latinos, and more – but his destructive bigotry hasn’t repelled the GOP hierarchy.

Even his recent, blatantly-racist insistence that Judge Gonzalo Curiel should not be allowed to preside over a case charging Trump with consumer fraud, because – according to the Republican nominee for president – the judge is “a Mexican.” Never mind that Curiel (born, raised, educated, and still living smack dab in our country’s heartland) is as American as Trump, the candidate continues to brand him “Mexican” based on nothing but his racial ancestry.

Shamefully, top Republicans have tried to protect their own political butts by distancing themselves from the bigoted remarks, but continuing to hug the bigot. House speaker Paul Ryan was typical of the GOP’s pusillanimous posturing, saying: “I regret those comments he made.” Regret? How about “I’m repulsed, appalled, nauseated?” Ryan lamely added that Trump’s scurrilous assault on the judge was “sort of like… a racist comment.” Then he rushed to say that, of course, he still backed the bigot to be America’s president.

Likewise, the GOP’s Senate Leader, Mitch McConnell, mumbled that “I couldn’t disagree more with what the had to say,” before declaring that, nonetheless, “we’re all behind him now.”

With morally rotten, gutless politicos like these, no wonder our Home of the Brave is sliding into mediocrity.