Four questions for the former boss of the Wells Fargo Gang 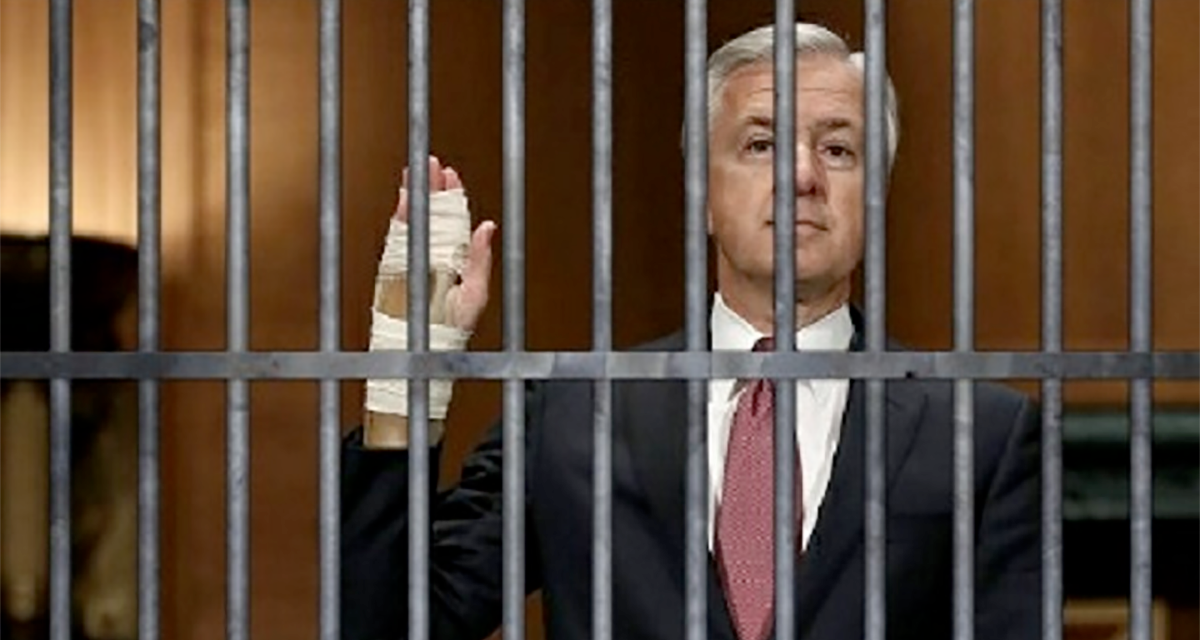 Some stories of corporate villainy make me throw up my hands in astonishment. But this one makes me literally throw up.

The sorry saga of Wells Fargo systematically stealing from millions of its small depositors is a gag-inducing story of executive-suite greed. Start with former CEO John Stumpf, who claimed at a Senate hearing in September to be shocked and “deeply sorry” that thousands of his employees had been opening bogus accounts in the names of immigrants, the elderly, and other vulnerable customers, then socking them with fees they didn’t owe, understand or even know about.

The slick bank chief assured senators that he and other top bosses knew nothing about this mass breach of the bank’s code of ethics, blaming low-level employees and firing 5,300 of them. But John, John, John: First, weren’t you the one squeezing those employees relentlessly to push customers into multiple accounts? Second, how could you possibly not notice a huge crime spree that rampaged throughout your bank for as long as eleven years? Third, what about all those calls that honest employees made to your “ethics hotline” to tell you personally about the ripoffs? And, fourth, while you now cravenly blame your $12-an-hour employees for this bank-run mugging operation, some of them sent personal letters way back in 2011 urging you to stop it – why didn’t you?

Stumpf didn’t act because he was busy stuffing his own pockets with the loot, hauling off more than $100 million in personal pay in the last four years alone. He finally resigned on October 12, a move his successor hailed as “incredibly selfless.” Selfless? He walks away from the nauseating scandal he caused with a $20 million pension and stock worth $109 million. He should be facing a jail term, like any other bank robber – not retiring in luxury.

Excuse me while I go throw up.