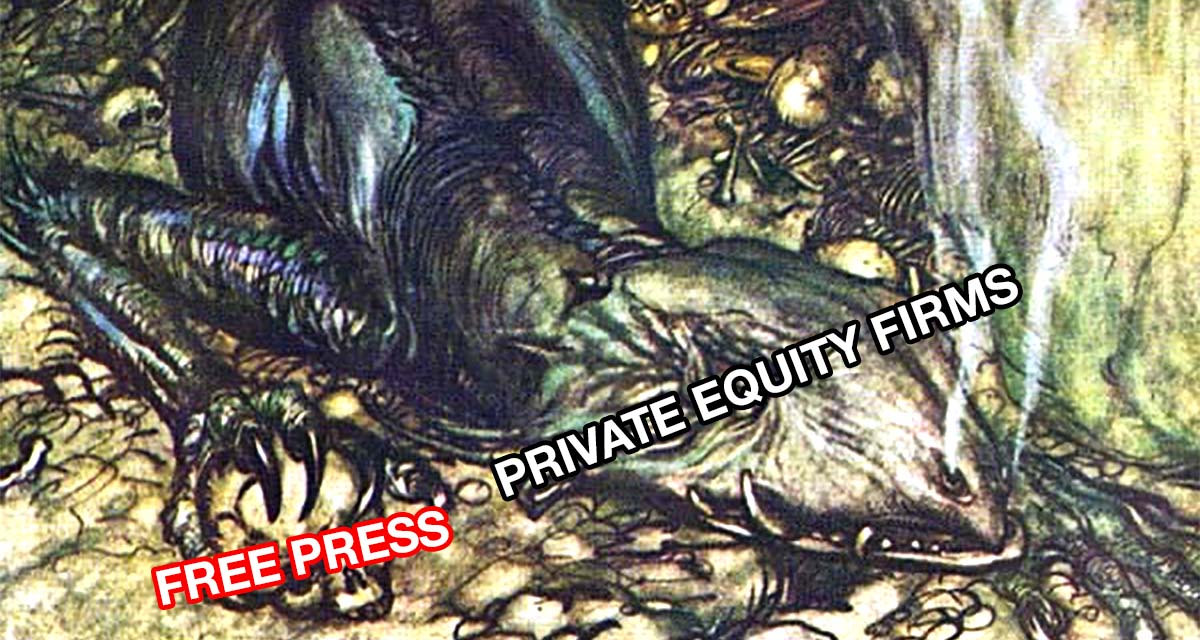 The core idea of the “civic commons” is that we can be a self-governing people. A noble aspiration!

But achieving it requires a basic level of community-wide communication – a reliable resource that digs out truths so people know enough about what’s going on to be self-governing. This is the role long-played by newspapers – papers that are not merely in our communities, but of, by, and for them.

Of course, since they’re mostly establishment, profit-seeking entities, papers have commonly (and often infamously) fallen far short of their noble democratic purpose. Overall, though, a town’s daily makes for a more robust civic life by investing large and essential sums of journalistic resources in truthtelling.

However, who owns it matters, as some 1,500 of our towns have learned in recent years after Wall Street’s corporate demigods of greed have swept in without warning to seize their paper, gut its journalistic mission, and devour its assets. For example, Digital First Media, a huge private-equity profiteer, snatched the St. Paul Pioneer Press and, demanding a ridiculous 25 percent profit margin from its purchase, stripped the newsroom staff from a high of 225 journalists to 25!

Robert Kuttner reported last December in The American Prospect that these tyrannical private equity firms are just paper constructs, producing nothing but profits for absentee speculators. The firms pull off their heist by exploiting three loopholes: (1) an exemption from disclosing their financing; (2) an unlimited tax deduction for the money they borrow to take over newspapers; and (3) a perversion of bankruptcy law that lets them escape the debt they rack up.

Our right to a free press is meaningless if Wall Street thieves can destroy our presses. For more information, go to dfmworkers.org.