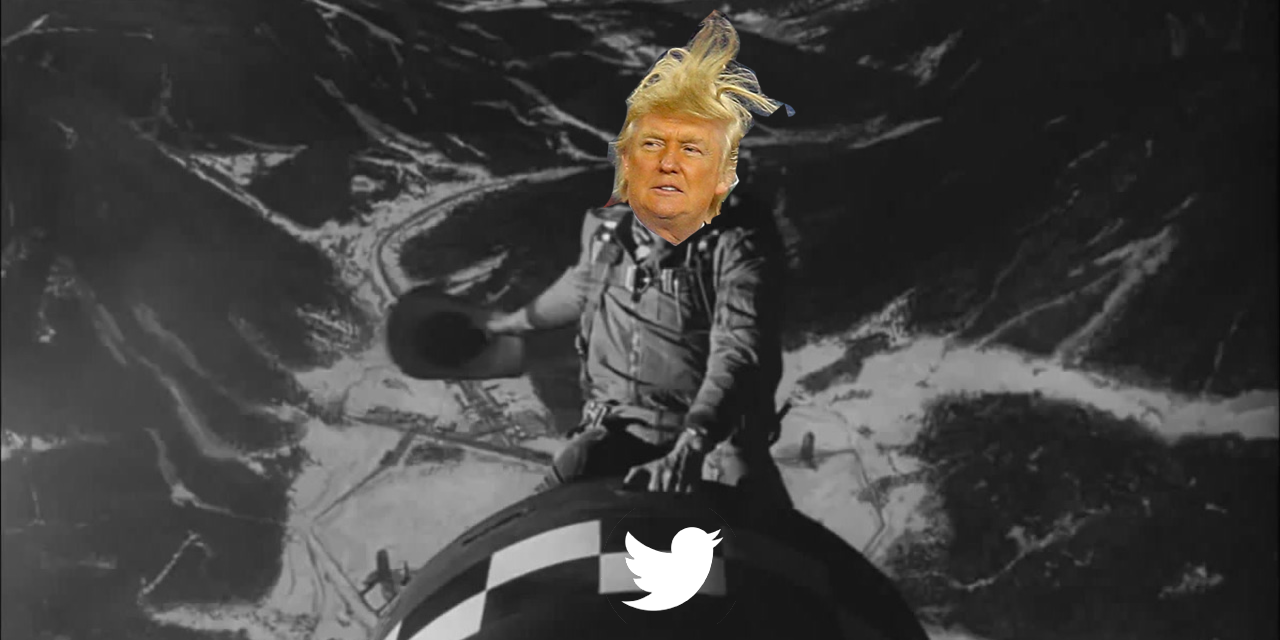 Doggonit, Donnie Trump missed his opportunity to become a General Patton-style military commander and glorious war hero back in the Vietnam era. He surely would’ve been the greatest! Ever in history!

But, he says – alas – some unspecified foot problem (or something or other) kept him from the privilege of actually getting to go fight in that war. Bad luck, I’m sure. But now that The Donald is the By-God Commander-in-Chief, his inner-warrior has been given a second chance to bloom, and this time he’s fully-enlisted. In recent weeks, President Trump has (1) escalated a running war of words against Chancellor Angela Merkel of Germany, (2) bombed the European leaders of NATO with explosive charges that they’re unworthy of his support, (3) launched a fierce new barrage of tough rhetoric in his extralegal offensive to ban all travel to the US by anyone from six Muslim nations, and (4) opened an entirely new battlefront by attacking the mayor of London with one of his Twitter missiles.

In last year’s presidential campaign, Trump declared with typical modesty that, “No one is bigger or better at the military than I am.” Well, I’m certainly no expert on war, but if a president is going to pick a mess of foreign fights, wouldn’t it be better, strategically speaking, to pick on actual enemies, rather than on America’s allies? After all, there might come a time when we need friends to stand with us.

In a twist of historic irony, it looks like Boss Trump and his military team might need those European allies sooner than they figured. His national security chief and the Pentagon are pushing a new strategy for America’s long, horribly messy war in Afghanistan – but it depends on our NATO allies sending some of their troops into the fight. Oops, how awkward for the impetuous tweeter-in-chief.