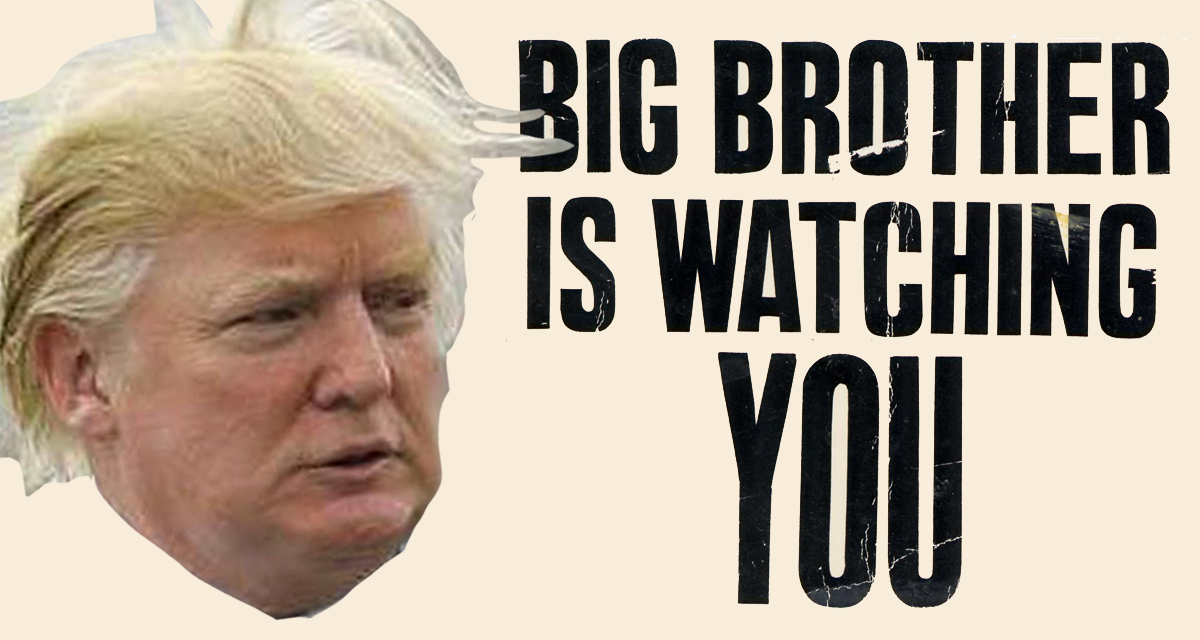 Tromp-tromp-tromp – troops are marching to battles. Boom-boom-boom – bombs are blowing up communities. Whooooshhh – poisonous gas is being released.

Our bellicose Commander-in-Chief is at war in the homeland, deploying his troops to attack everything from our public schools to the EPA, dropping executive-order bombs on Muslim communities and the Mexican border, and spewing poisonous tweets of bigotry and right-wing bile at the media, scientists, inner-cities, “illegal voters,” Meryl Streep, diplomats, Democrats, people who use real facts, and… well, Trump is at war with the American majority, with all who do not agree with him.

And you thought Nixon had a long enemies list!

Yet, Trump’s most destructive assault so far has not targeted any one group, but an essential and existential concept: Truth. Bluntly put, he’s psychotic, believing that “truth” is whatever he says it is, and that he can change it tomorrow.

Years ago, in a futuristic novel, the author wrote about the rise of a tyrannical regime that ruled by indoctrinating the masses to accept the perverse notion of capricious truth. It was George Orwell’s “1984,” which depicted a dystopia he named Oceana. There, the public had been inculcated to believe that reality is not “something objective, external, existing in its own right.” Rather, “whatever the Party holds to be truth is truth.”

Now, in 2017, we live in Trumplandia, with a delusional leader of a plutocratic party trying to redefine reality with “alternative facts,” fake news, and a blitzkrieg of Orwellian “Newspeak.”

But resistance to Trumpism is already surging – including the fact that Orwell’s 70-year old book has became a bestseller again – thanks to Trump resisters seeking… you know, TRUTH!