Getting into “Good Trouble” 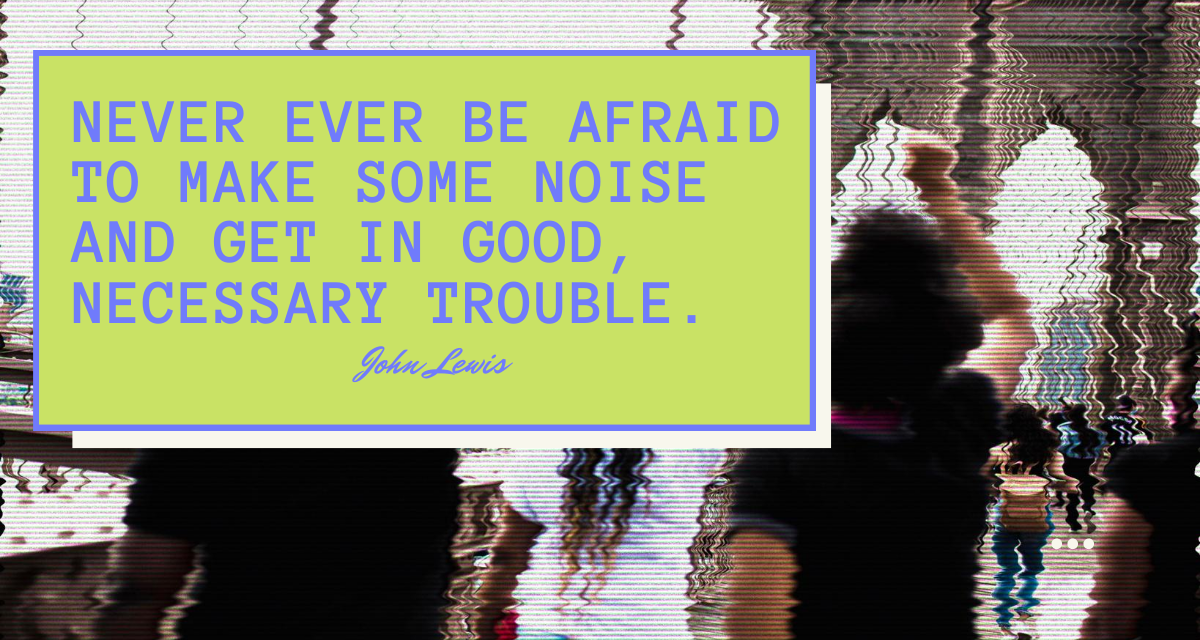 In this horrible time of economic collapse, it is truly touching to see so many corporate chieftains reaching out in solidarity with the hard-hit working class.

We know they’re doing this because they keep telling us they are – practically every brand–name giant has been spending millions of dollars on PR campaigns in recent weeks asserting that they’re standing with us, declaring over and over: “We’re all in this together.”

Except, of course, they’re really not standing anywhere near us. While we’re waiting in endless lines at food banks and unemployment offices, the elites are still getting fat paychecks and platinum-level health care. The severity and gross disparity of our country’s present economic collapse is not simply caused by a sudden viral outbreak, but by a decades-long plutocratic policy of intentionally maximizing profits for the rich and minimizing everyone else’s wellbeing. As the eminent economist Joseph Stiglitz rightly put it, “We built an economy with no shock absorbers.”

Jobs, once the measure of a family’s economic security, have steadily been shriveled to low-wage unreliable work, untethered to a fair share (or any share) of the new wealth that workers create. In a relentless push for exorbitant, short-term profits, today’s executives have abandoned any pretense that a corporation is a community of interdependent interests striving to advance the common good. Instead, while the honchos are richly covered, they’re washing their hands of any responsibility for the health, retirement, and other essential needs of their workforce. “Rely on food stamps, Obamacare, and other publicly-funded programs,” they say, even as their lobbyists and for-sale lawmakers slash the public safety nets so rich shareholders and speculators can take evermore profit.

These forces of American greed have shoved millions of working families to the economic precipice – and all it takes is a virus to push them over.