Going down the Republican rabbit hole 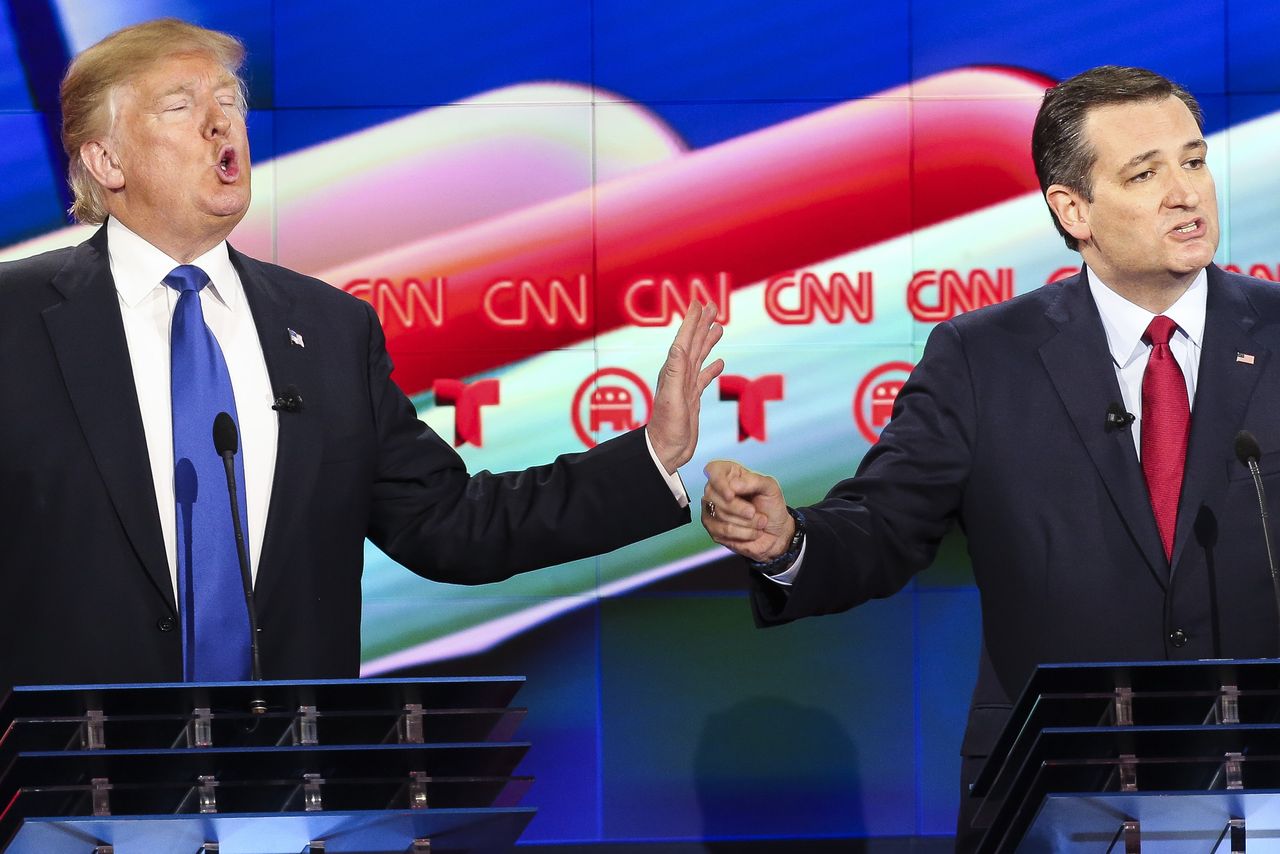 Help! We political wordsmiths are in urgent need of help from lexicologists!

The Republican presidential primary has gone so far out, so beyond accepted boundaries of civic and civil behavior, that we’ve run out of nouns and adjectives to describe the extreme weirdness. Terms like bizarre, loopy, a circus, grotesque, burlesque, and freak show just don’t do justice to what’s going on, so we need lexicographers to provide new and more-graphic words for us.

From the days of John Adams and Thomas Jefferson, American politics has never been an endeavor for the delicate – it’s closer to a demolition derby than to a game of badmitten. But, still, the Slur-Fest and hate-mongering of the campaigns being run by Trump, Rubio, Cruz, Daffy, Sleepy, Dopey, Curly & Moe are extraordinarily excremental.

Who could’ve thought that in 2016 a major party’s contenders for the presidency – not the presidency of some Phi Kappa Bubba Fraternity, but of the US of A – would degenerate into wholesale racial and religious bigotry, cartoonish xenophobia, crude misogyny, tabloid conspiracy theories, mocking of the disabled, and schoolboy taunts about each other’s sweating, wetting of their pants, and the size of their body parts?

Worse than an embarrassment, their asinine antics are preying on people’s legitimate anger about being knocked out of the middle class by today’s power elites and being consigned to a future of poverty. To distract America’s hard-hit majority from looking up at these moneyed elites, the GOP’s candidates are telling us to look down at “them” and to fear, hate, and denigrate everyone who’s “not like us.”

A politics that convinces people that their lives can be better by making other people’s lives worse is a path leading straight down into the hell of an American fascism.