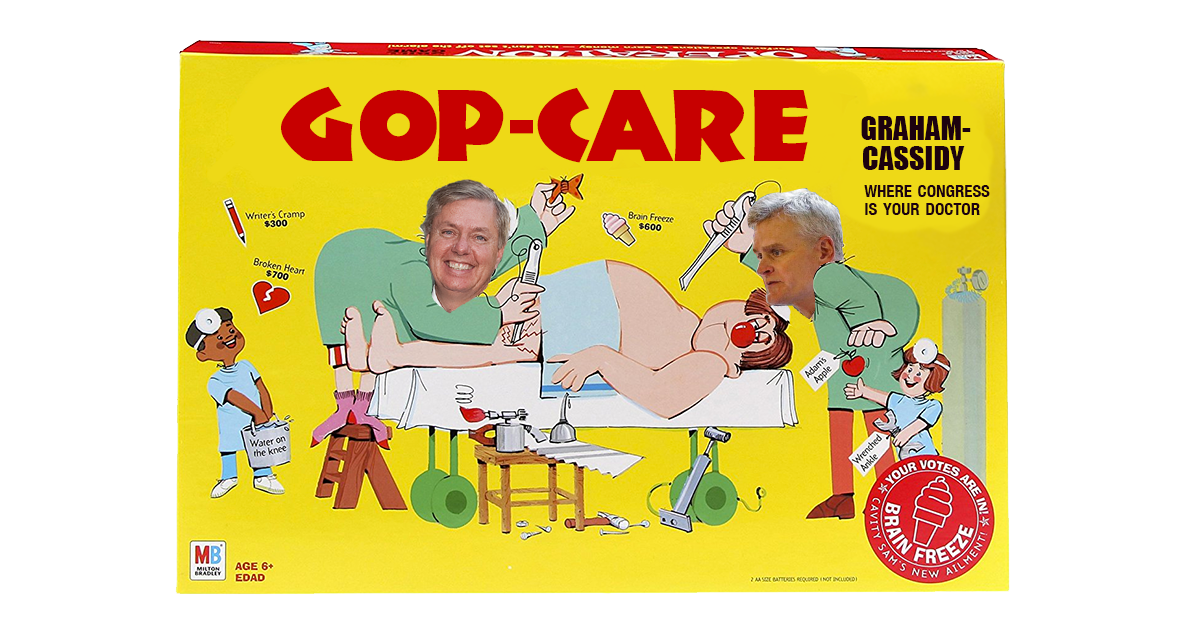 News flash: Republican congressional leaders have come up with yet another grand scheme to fix America’s health care system. So, look out – because when they say “fix,” they mean it in the same sense as your veterinarian uses the word!

For the gazillionth time, GOP lawmakers have put a shiny new ribbon on their same old ugly package of health insurance deforms. As before, this latest plan would eliminate coverage for millions of Americans, raise the price of insurance for the middle class, and deliver much less care. But one guy says he loves it: “A great bill,” tweeted Donald Trump.

I’m guessing that, once again, our Twitterer-in-Chief hasn’t actually read the bill he’s praising, or even scanned the factual summary of what it does. But he might want to hear the opinions of his fellow corporate chieftains who have read every word of it. For example, the CEO of Blue Cross Blue Shield flatly rejects the re-write, because it “would allow states to waive key consumer protections [and] undermine safeguards for those with pre-existing conditions.” Also, he points out that the plan would increase uncertainty in the marketplace, making coverage more expensive and jeopardizing Americans’ choice of health plans.”

Or Trump could ponder the conclusion of a health policy expert: The bill is “just basically injecting chaos in 50 state capitals for the next two years.” Or maybe he’d value a state health executive’s perspective: “The [bill’s] cuts could be devastating to [Alaska’s] health care system,” and “patients will bear the consequences through reduced access to health care and lost insurance coverage.”

Trump and the GOP are wasting Congress’ time and what little public credibility they have left by continuing to play partisan politics with people’s health. Nothing great about that.