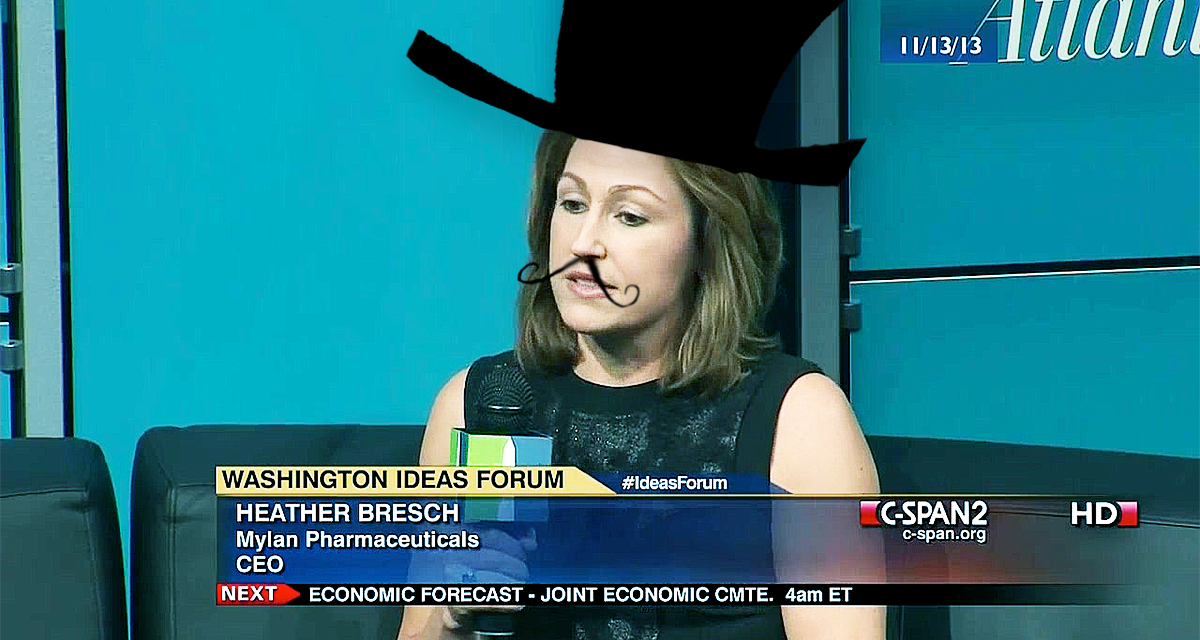 Heather Bresch regards herself as a self-made corporate success story – a woman who came out of hard-scrabble West Virginia and scrambled to the top as CEO of Mylan, a leading pharmaceutical corporation. As she puts it, “There is a work ethic and grit about [West Virginia] that allows me to help make a difference.”

Well, yes, grit, hard work – and being the daughter of the state’s former governor and current US Senator, Joe Manchin III. Take the MBA degree she got from West Virginia University, an academic credential bestowed on her 10 years after she left the school, having completed only about half of the coursework required to get a degree. The state university later conceded that Bresch was awarded the MBA because… well, because her father was governor at the time, overseeing the school’s budget.

It’s this sort of ethical “grit” that Mylan’s chief exec has employed to pick the pockets of thousands of vulnerable customers who rely on EpiPen, the life-saving medical treatment for deadly allergies that her corporation monopolizes. She has ruthlessly hiked the price of EpiPen by some 600 percent, while jacking up her own multi-million-dollar annual pay by nearly 700 percent. She certainly is helping to “make a difference” – by helping herself, that is.

Bresch’s greed has sparked a furious public backlash, but several top advocacy groups for allergy patients are curiously silent about her gouging of EpiPen patients. Why? Perhaps because she has doled out millions of dollars in “partnership” grants to them, effectively buying their allegiance.

Meanwhile, Congress does nothing, for Mylan and Big Pharma are major campaign donors. It’s not grit and work ethic that makes today’s drug makers so rich – it’s their unrestrained greed, bribery dollars, and systemic ethic of corruption.

“The strange history of the EpiPen, the device developed by the military that turned into a billion-dollar business,” Business Insider, August 27, 2016.

“The Story if the EpiPen: From Military Technology to drug-industry cash cow,” Timeline, August 24, 2016.