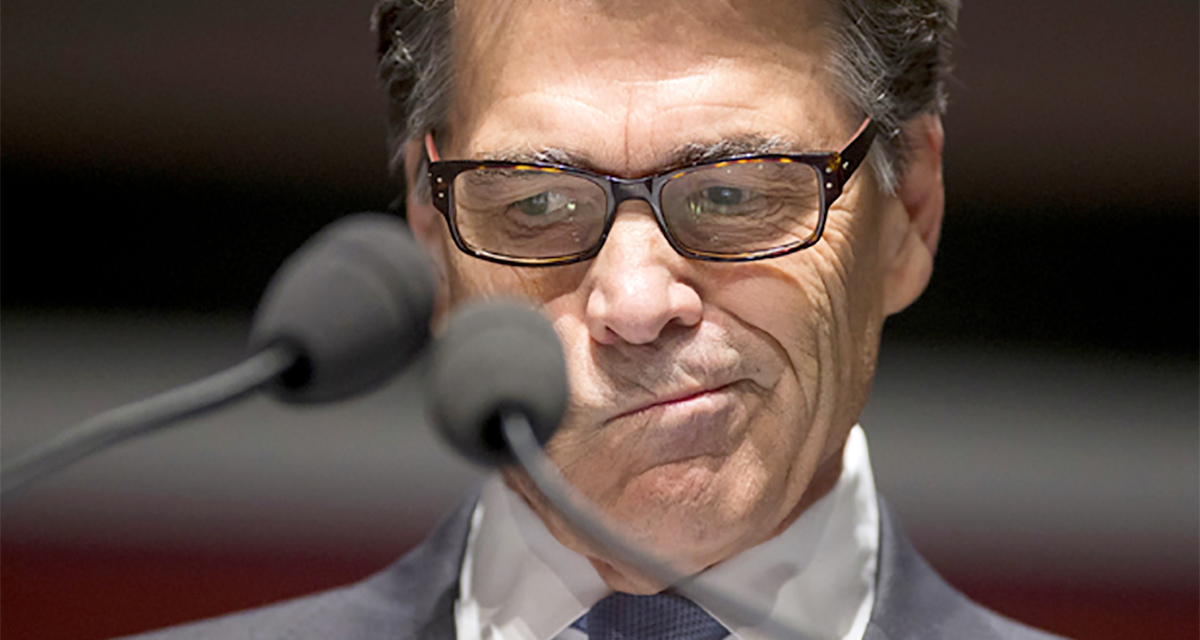 Perk up people – for I bring you tidings of great joy: Gov. “Oops” is back!

Yes, Rick Perry, the former Texas governor who specialized in putting the “goober” in gubernatorial, is being brought back from well-earned obscurity in rural Texas to join the menagerie of characters in “The Donald Show.” For us lovers of low political comedy, Perry is literally an early Christmas gift from on high – not from heaven (not that high), but from the dizzying heights of Trump Tower. That’s where the orange-haired Impresario-in-chief has been holding try-outs for his Washington cast, and Perry is a slapstick-perfect choice for Trump’s bizarre cabinet.

Who can forget Perry’s classic “oops moment” during his first failed run for the White House? Campaigning as a far-out, right-wing slasher of government services, he boldly declared in a televised debate that – By Gollies – he would eliminate three federal agencies entirely, dramatically reeling off the names of his three victims: the Department of Commerce, Department of Education, and… and… and, alas, as a national TV audience watched in horror, Rick’s brain just could not recall the third federal department he planned to kill off.

He was roundly ridiculed as being dumber than a dust bunny. But now – proving once again that being even quasi-smart is not a requirement for getting a high political job – Perry has been hired by Trump to be our next Secretary of Energy. Yes, that is the very agency that was third on the Goober’s elimination list! He is actually being appointed to head the $32 billion department he couldn’t name during the 2012 presidential race.

Here’s another comic twist in Rick’s appointment. While briefly running for president again this go ’round, Perry assailed Trump as a “barking carnival act.” And now he’s a tail-wagging dog in Donnie’s carnival.