Here’s my plan to stop airlines from gouging us 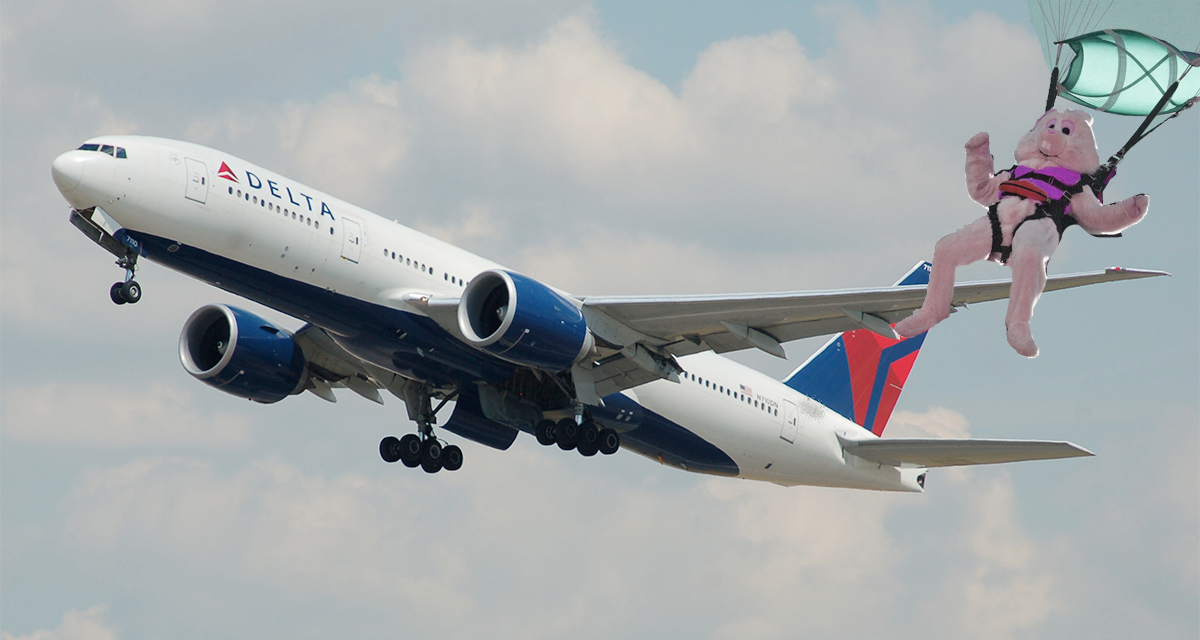 In one of Stephan Pastis’ “Pearls Before Swine” comic strips, his character, “Rat,” develops a smart phone app that I want. As Rat explains it: “Whenever your bank charges you some stupid fee for something, you just tap this little button here.” Oh, asks another character, does the app file a complaint? “No,” says Rat, “it summons a herd of bunnies that parachute in and eat the bank’s CEO.”

Now that’s a useful app! However, I’d also want it to sic the bunnies on today’s airline executives, for their fees have become stupider than bank assessments. For example, airlines even charge you a fee for calling to buy a ticket from them! Also, while the price of jet fuel has plummeted, they’re still stinging customers with a fuel surcharge fee that adds up to a totally-unwarranted multibillion-dollar, corporate windfall – siphoned right out of our pockets.

How do they get away with such brazen robbery? By colluding with each other to prevent customers from having any real choice – and by regularly doling out campaign donations to keep congress critters from interfering with their monopolistic gamesmanship. Thanks to a frenzy of mega-mergers, only four airline giants – American, Delta, Southwest, and United – now control 80 percent of all domestic airplane seats, and most of our airports are dominated by only one of the Big Four, leaving fliers at their mercy. By dividing up the market, colluding on fares and fees, and effectively bribing Congress, airlines hauled off a record $33 billion in profit last year – an increase of nearly 90 percent over the previous year!

But, hey, they say they’re going to share that with us. How? By handing out a little bag of snacks to each of us passengers. Perfect – they gouge billions out of our wallets, then literally try to placate us with peanuts. It’s time to call in the bunnies.