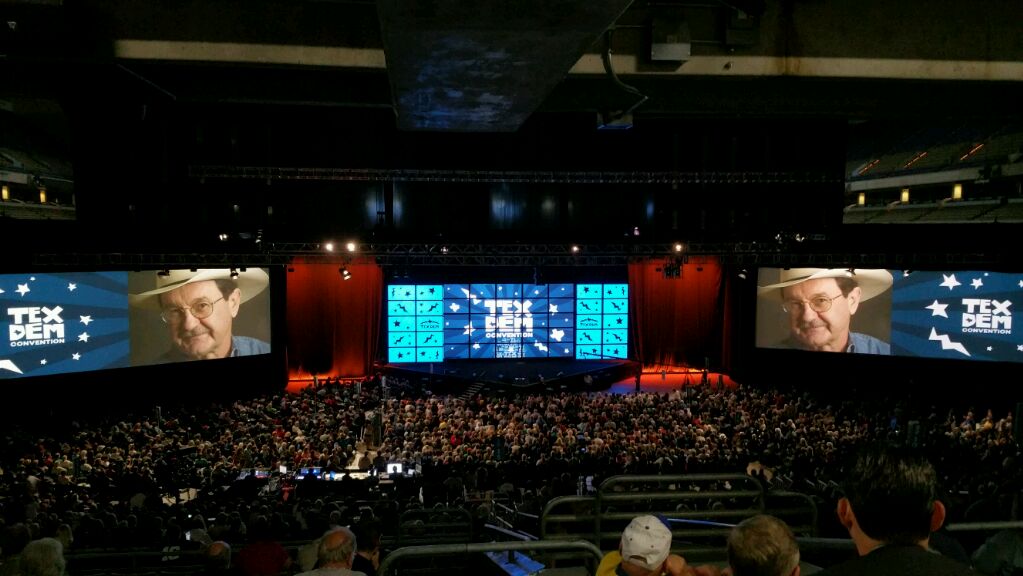 Hello from Chicago! Jim Hightower here. My body is in the Windy city today, taking part in a big progressive confab called The People’s Summit, but my heart is with you fellow Texas Democrats – you Republican buttkickers, you fighters for the common good, and grassroots champions of America’s proud progressive values of economic fairness, social justice, equal opportunity for all people. That’s what our party stands for, and it’s really what America stands for.

As many of you know, I’ve been Bern-storming all across our country in support of the remarkable, historic, Bernie Sanders Populist Rebellion against plutocratic, autocratic, kleptocratic corporate elites who are knocking down the middle class and holding down the poor. But as I’ve said in my travels and in media interviews, being FOR Bernie doesn’t make me against Hillary. The only ones I’m against are the bosses, bankers, bigshots, bastards, and BSers who think they’re the top dogs and we’re just a bunch of fire hydrants. And I will enthusiastically join you, Garry Mauro, Bernie Sanders, everyone who is even quasi-sane to stop that Republican freakshow from turning our White House into another Trump casino.

Then, after November, let’s come back together, and keep building our Texas Democratic Party from the grassroots up; keep reaching out to people who left out and left down– organizing, harmonizing, mobilizing for a true people’s government. Patti Smith had that great song—“The people have the power. The power to dream. The power to wrestle the world from fools.” Thank you all for what you’re doing to wrestle our world from fools.