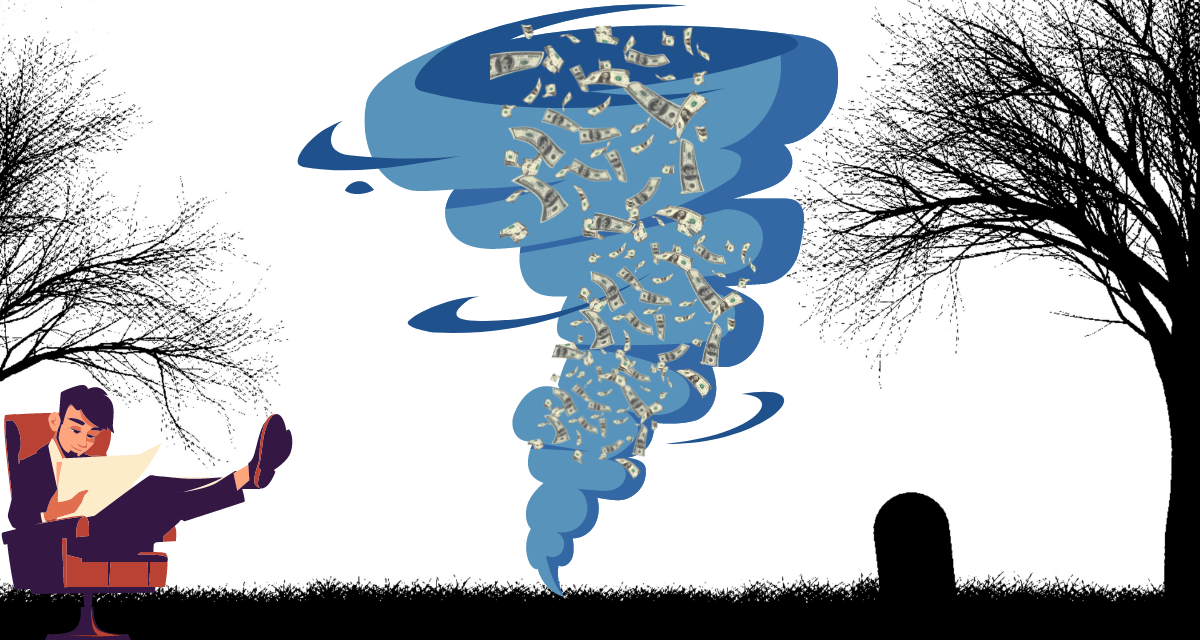 Corporate America has proudly elevated good moral values to a special place. That place is the trash can.

Indeed, free market gurus assert that the only ethical obligation a corporation has to society is to deliver as much profit as possible to its big investors – everybody else be damned. And they excuse any awfulness they cause by claiming that they “broke no laws.” But – hello – they write the laws, so corporate immorality is always technically legal.

America experienced this corporate dodge just before Christmas, when a line of super-cell tornados ripped through the Midwest states, demolishing buildings and whole towns, killing more than 90 people. It was called “a tragedy” – but those deaths were not destiny. While a twisting 190-mph vortex can be cataclysmic, we’re not helpless in the face of its fury, for an effective, cheap defense is readily available: Safe rooms.

Built inside homes, schools, factories, shopping centers, and elsewhere, people can shelter safely in these simple concrete rooms during big blows, surviving even if the building around them is shredded. They’ve been proven to provide “near absolute protection” from tornados, and safety officials, insurers, consumer advocates, and others have long proposed amending our building codes to require them in new commercial and public buildings. Such a provision would’ve saved many workers who were crushed inside an Amazon warehouse, a candle-making factory, and other buildings destroyed by December’s storms.

But they died, because in 2012, members of a little-known industry-controlled group, the International Code Council, quietly vetoed the proposal, calling it “overly restrictive,” even declaring it “way too soon to do a knee jerk reaction” to tornado deaths.

All those buildings smashed by December’s tornados were corporate death sites because their shoddy construction “broke no laws.” Let’s ask Corporate America if it’s still too soon for Congress to mandate tornado-safe rooms.