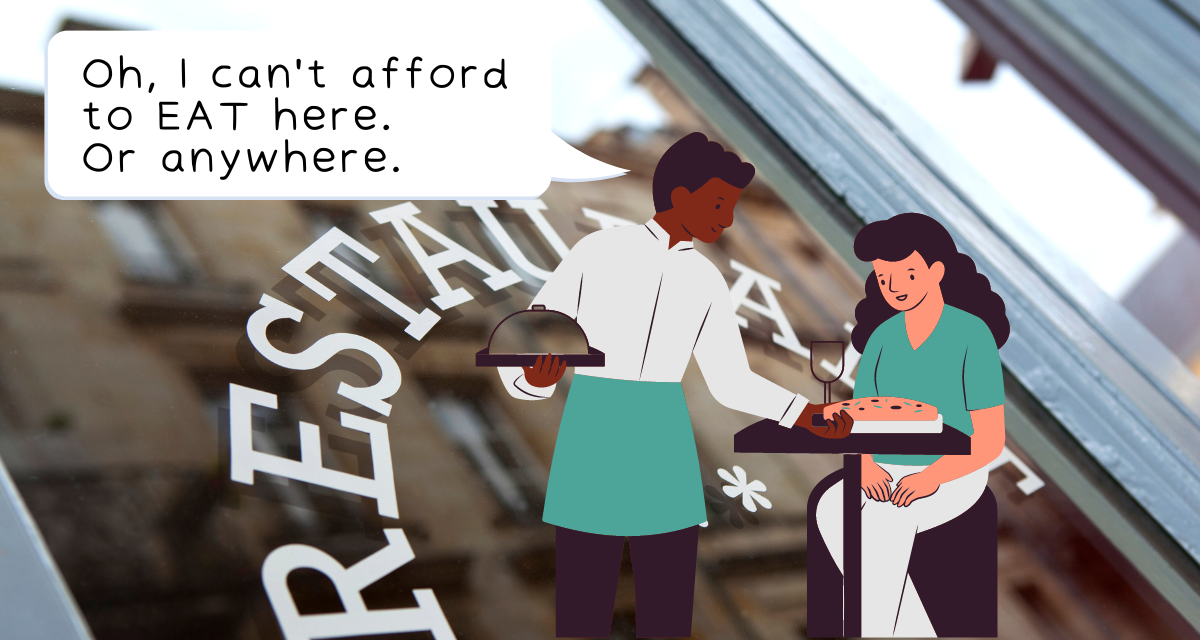 High-dollar corporate executives and Wall Street bankers keep telling us that it’s lonely at the top. Well, they should try toiling at the bottom of America’s pay scale.

The radical rise of inequality in our society is a function of the vast political inequality separating the working class from the power structure. The elite rich have many friends in high places paying close attention to their needs, but the further one tumbles down the economic ladder the lonelier you are when your interests conflict with the bosses and big shots. As Ray Charles sang, “Them that’s got is them that gets.”

Consider waiters, bartenders, and other restaurant workers. Generally these jobs are poorly paid and routinely abusive, yet lawmakers mostly ignore all that, cozying up to the abusers, because… well, they’re rich and politically connected. As a result, most of today’s restaurant workers are paid a sub-minimum wage that was set 32 years ago at $2.13 an hour! That’s not a wage, it’s an insult. Yet most lawmakers refuse to raise it, bowing to the piles of campaign cash they get through a lobbying front called the National Restaurant Association, dominated by multibillion-dollar food chains.

Worse, in the past decade, this consortium of greedy wage suppressors even devised a diabolical scheme to make restaurant workers pay for the industry’s lobbying campaigns to hold down wages! The Association bought an outfit that provides hokey food safety training to workers, then it lobbied to get California, Florida, Illinois, Texas, and other states to require that all employees not only undergo the silly on-line training course, but also making them pay $15 each for the training.

Guess what? NRA then uses those worker training fees to fund its lobbying efforts that let restaurants pay poverty wages. And that, kids, is how inequality happens.