How low can the barons of high finance go? 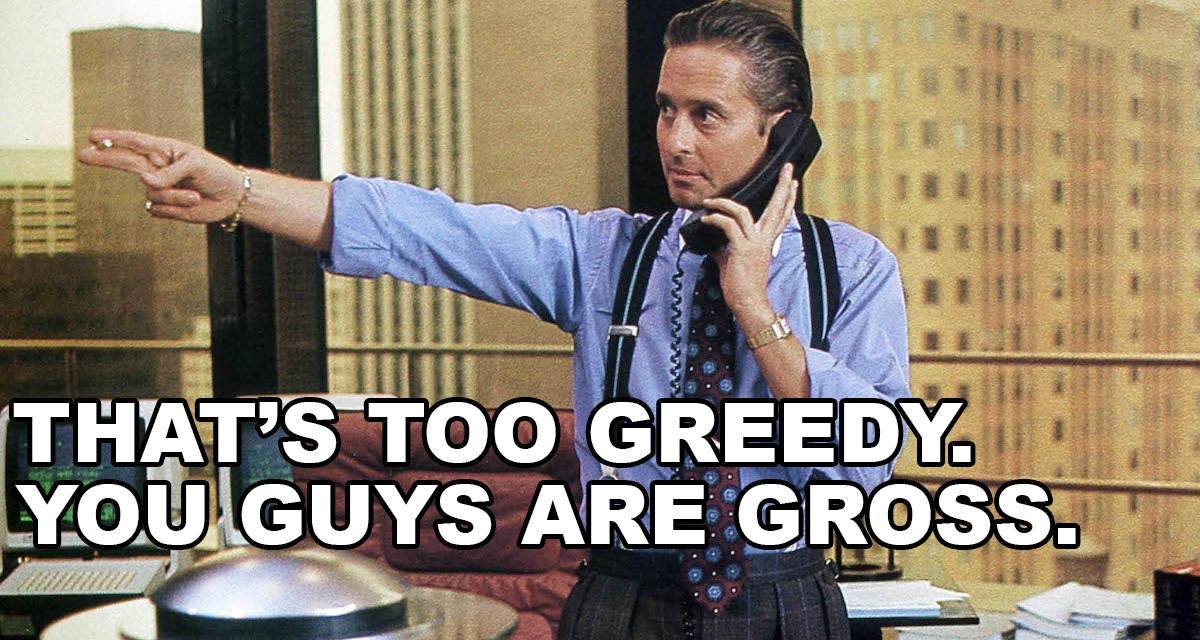 Jim Hightower's Radio Lowdown
How low can the barons of high finance go?

“Greed is good,” proclaimed Gordon Gekko, lead character in a 1987 film lampooning the low ethics of the high finance barons of Wall Street.

You might think that, surely, this Hollywood portrayal is a gross exaggeration, but check out an egregious example of Gekko-level greed being pushed by today’s Wall Street sharks. Big shot financiers have been going all out to kill a sensible labor department rule meant to protect people’s retirement accounts from the self-serving guile of financial manipulators. The rule simply requires firms that manage these accounts to put our money in investments expected to produce the best returns for us, rather than in investments that pay the highest interest fees to them.

It’s hardly harsh to require them to treat us common customers with basic honesty, applying what amounts to a Golden Rule for bankers. But – oh, howls of outrage exploded from the Wall Street baronies! Lobbyists swarmed into Washington, and scores of lawyers rushed into courts. To defend their right to be dishonest, the greed-fueled bankers resorted to more dishonesty, claiming that the fiduciary rule would hurt “smaller investors.”

Huh? Well, they prevaricated, only by misdirecting small retirement savers into high-fee investments can we make enough profit to give “affordable financial advice” to workaday folks. Again, huh? These banks are wallowing in unconscionable levels of profits, but the only “affordable” advice they want to offer to us is bad advice, funneling our retirement stash into deals that benefit them at our expense.

Bankers claiming that they have a legal right to profit by cheating their own customers is a level of gluttony so gross that it would even gag Gordon Gekko. For more information, connect with Consumer Federation of America: www.ConsumerFed.org.