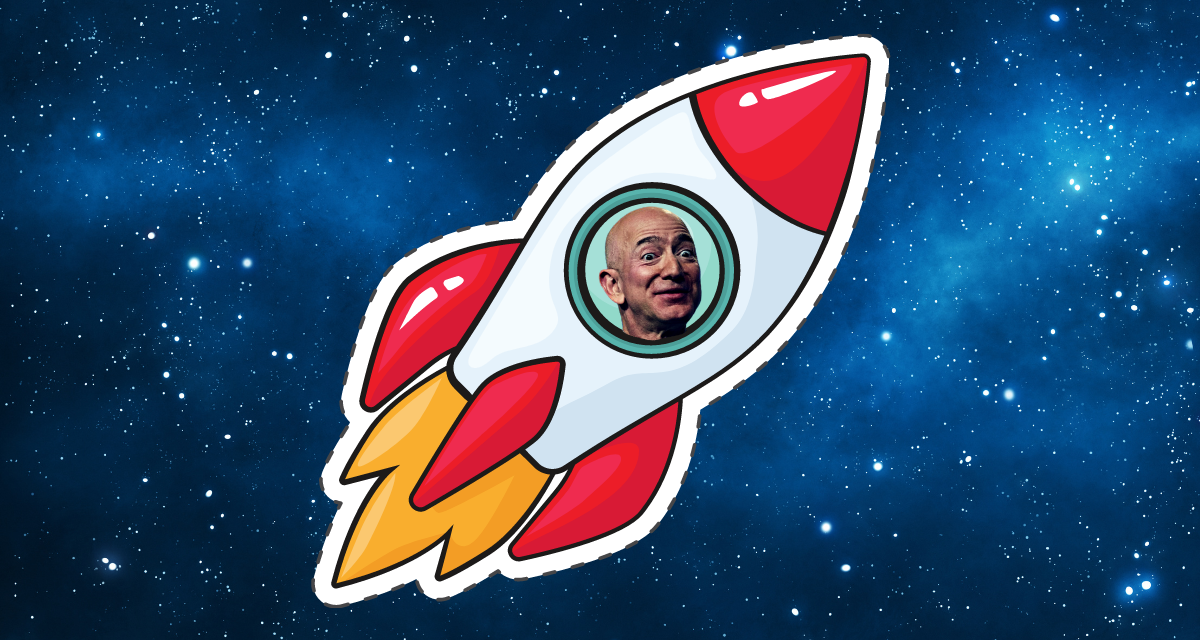 When I was just a tyke, cowboy actors were marketed as role models for little backyard cowpokes like me, and we could send off to get a certificate making us “Pals of the Saddle” or some such with Roy Rogers, Hopalong Cassidy, or others.

Cute for a four-year-old. Less so for 57-year-old Jeff “Space Boy” Bezos.

Yet, the gabillionaire profiteer, labor exploiter, and tax scofflaw who heads the Amazon online retail syndicate, was all dressed up in July, playacting as a heroic conqueror of space. Little Jeff took an ego trip on his very own rocket ship, publicizing it as some combination of Wright Brothers innovation and Apollo moon landing. But the whole thing took only 11 minutes, barely made it to space, achieved no scientific purpose, and did zero to enhance American prestige in the world.

As for personal genius or heroics, Bezos didn’t invent or build the spacecraft, didn’t have any role in flying it, and he faced no cosmic unknowns (he didn’t even have to wear a space suit). All he really did was to buy the spacecraft.

But he did get to dress up in a sort of space-style jogging outfit, with his name and his corporate logo emblazoned on it. Then, like a little boy getting a cereal-box certificate proclaiming him a cowboy, when the diminutive magebillionaire floated back to terra firma he held a fake ceremony at which some former NASA official pinned a set of phony “astronaut wings” on him. More pathetically, his corporate lobbyists are said to be appealing to Washington officials to award official astronaut wings for what amounted to a rich man’s carnival ride.

So, there you have the new pantheon of America’s flight heroes – the Wright Brothers, Amelia Earhart, John Glen, Neil Armstrong… and Jeff “Space Boy” Bezos. Did I mention “pathetic”?