How the corporate plutocracy works 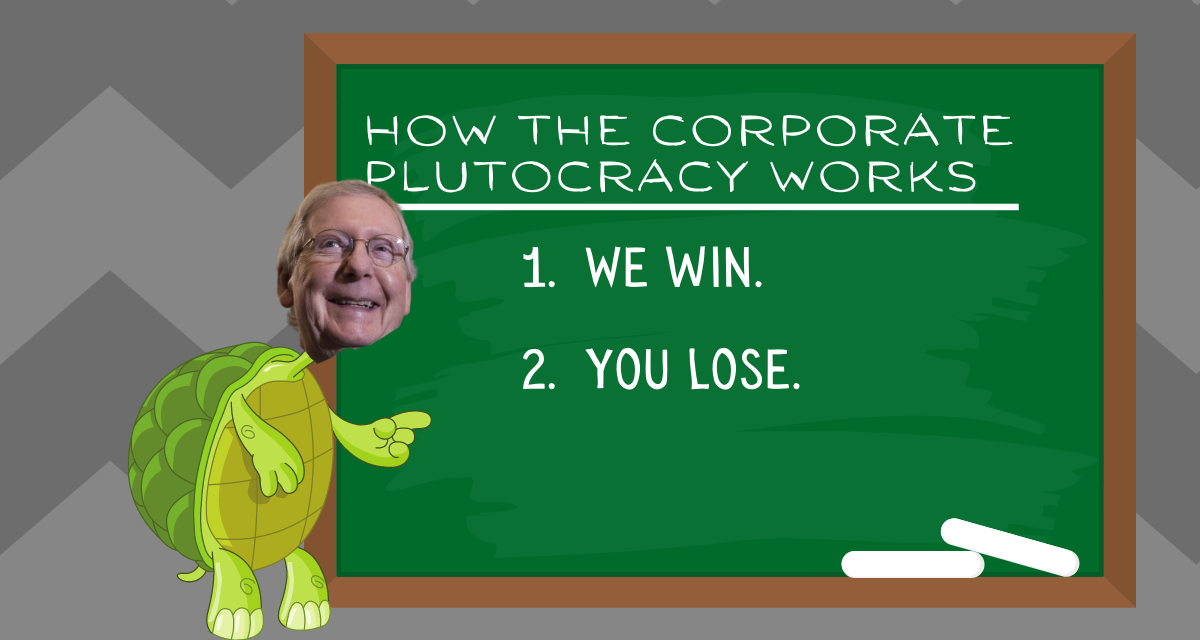 And what a hurricane of won’ts swirled out of Washington’s power centers in March to pummel Joe Biden! Corporate lobbyists and their congressional hirelings howled at him for declaring that he would seek a tax increase on corporations to pay for the essential, overdue job of repairing and expanding our nation’s antiquated, dilapidated infrastructure. Blowhard Mitch McConnell, the GOP’s senate leader, blustered that poor corporate America should not be singled out to bear this “burden.”

But wait –Mitch singled out the corporate giants in 2017 to receive a massive cut in their tax rate, so even with a slight increase now they’ll still pay much less than regular people.

Also, the giants wormed loopholes in the law to cut their taxes further. Indeed, 55 of the biggest, most profitable corporations paid zero in US income taxes last. As Bernie Sanders points out: “If you paid $120 for a pair of [Nike] shoes, you paid more to Nike than it paid in federal income taxes over the past 3 years, while it made $4.1 billion in profits.”

Mitch and his fellow hypocrites cynically profess they support restoring America’s infrastructure – but, he says, asking our corporate political funders to pay more “is not going to get support from our side.”

So, who do they want to pay for it? You. Working people and the poor! Sen. Roy Blunt, a Missouri Republican and a leader of Mitch’s team, points to putting more user fees on drivers and adding taxes on consumers as the way to go.

To see a list of other major corporate scofflaws who’ve been pocketing billions in profits, yet paying zilch for the upkeep of America, go to the Institute on Taxation and Economic Policy: ITEP.org.