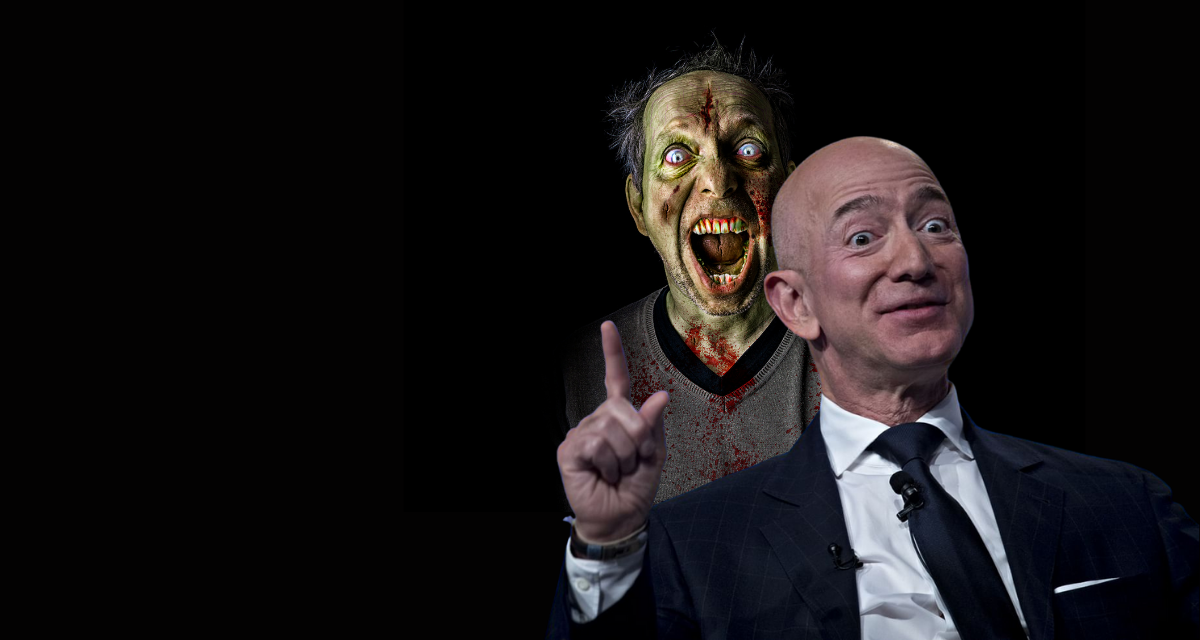 Was he distressed and sorrowful? No, Boss Bezos was perversely giddy. That’s because the narcissistic gabillionaire had not made the video to mourn the deaths, but instead had chosen this hour of tragedy to gloat to the world that his private space tourism business had just rocketed a small group of extremely rich thrill seekers on a 10-minute joy ride. The “Popular Information” newsletter reports that Bezos, dressed in a pretend astronaut costume, exclaimed that everyone involved was really “happy.”

Back on Planet Earth, though, the families and co-workers of the employees crushed when Amazon’s cheaply-built structure collapsed on them were not happy with him. It took Bezos some 12 hours after his self-congratulatory media event before he finally issued a perfunctory tweet professing to be “heartbroken over the loss of our teammates.”

But they weren’t “lost” – they were killed by a deliberate corporate culture that routinely cuts corners on worker safety to put more profit in corporate pockets. First, the building itself was thrown up quickly with cheap preassembled, 40-foot-high concrete walls that collapse inward in a tornado; second, Amazon’s employees were expected to stay on the job that night even though there was a high risk of tornados; third, nearly all of the workers were classified as “contractors,” letting Amazon dodge liability for on-the-job harm.

This is Jim Hightower saying… Oh, and Jeff might also want to reconsider one more bit of corporate arrogance he revealed in this ugly incident: Those dead workers were not his “teammates,” as he so cynically called them – even a high-flying captain doesn’t treat teammates as throwaway units, carelessly sacrificing their lives for a few more dollars in corporate profit.