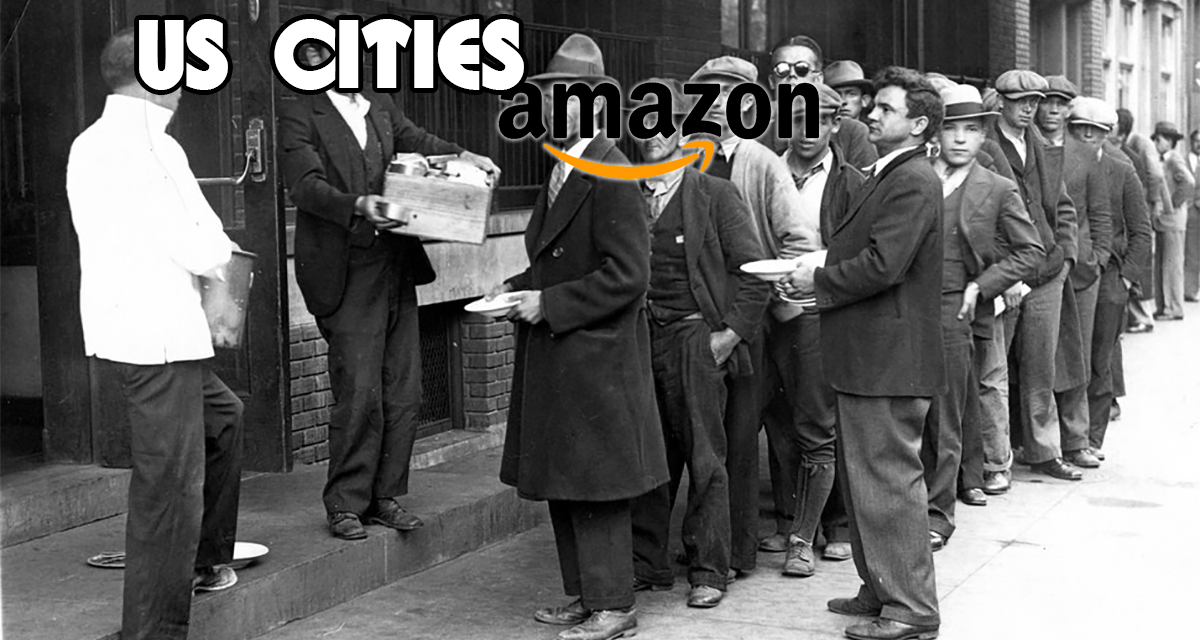 Governors and mayors insist that giving our tax dollars to corporations to lure them to move to our cities is good public policy, because the corporations create jobs, those workers pay taxes and – Voila – the corporate giveaway pays for itself! Really?

No. Good Jobs First tracked the 386 incentive deals since 1976 that gave at least $50 million to a corporation, then it tallied the number of jobs created. The average cost per job was $658,427. Each! That’s far more than cities and states can recover through sales, property, income and all other taxes those jobholders would pay in their lifetimes.

The rosy job-creation claims by incentive dealmakers also tend to be bogus, for they don’t subtract the number of jobs lost as a result of these deals. Amazon, for example, has leaned on officials in every major metro area to subsidize its creation of a nationwide network of warehouses, data centers, and other facilities. In a 2016 report titled Amazon’s Stranglehold, the Institute for Local Self-Reliance found that more than half of Amazon’s facilities had been built with government subsidies. And Good Jobs First found that since 2005, Amazon has received more than $1 billion from taxpayers to build their private business.

Each handout was made in the name of local workers, and, yes, Amazon does employ thousands. But the subsidies enable the retail giant to undercut local, unsubsidized competitors, driving them out of business and causing devastating job losses that greatly outnumber jobs gained. The Institute reports that at the end of 2015, Amazon did indeed employ 146,000 people in its US operations, but the taxpayer-supported giant had meanwhile eliminated some 295,000 US retail jobs.

Check out the report for yourself at ilsr.org/amazon-stranglehold.